DID YOU THINK I’D GIVEN UP BLOGGING?

Well this has been a long spell since my last post.  For the first while there was nothing of interest for most people, so I didn’t bother.    Then all of a sudden our life got really busy.  We got a phone call that my Mom was going downhill very quickly and if we wanted to see her again, the doctor said we’d better be quick.  I took Mom’s next younger sister and her husband Ron to Vernon for his eye appointment on Monday May 6th then spent the rest of the day getting ready for travel.  We had been planning on a one week trip to Vancouver Island on May 15th but with the news about Mom, decided to take the motor home as we’d probably be quite a while over there.  It was a twelve and a half hour trip including the ferry ride.  We were held up in our first half hour for most of half an hour with crews cleaning up a fatal accident.  Then of course there was the wait for the ferry.  We unhooked the car from the motor home and Aileen drove it on the ferry separately.  Doing that saved us $63.95!!!  If we leave the car attached, we’re charged $5.85 per foot for anything over 20 feet.  Instead of costing $269.85, we paid $205.90 for the two separate units.
I’ve been in to see Mom most days and for the first while it appeared the end was fast approaching.  She had pneumonia with a high fever and was pretty much comatose.  She’s on the second round of antibiotics and appears to be improving.  Her gray pallor is turning pink again.  This morning when Aileen went in to see Mom, she was sitting up with her eyes wide open and eating again!  Aileen called me and as soon as I got the laundry out I zipped down to see her.
I spent last Friday and Saturday helping out on a work crew at the local Errington Community Hall.  It was time to install proper wheelchair access to this very old community venue and they have an elaborate ramp in progress.  It had to be 48 feet long to conform to the building code so it runs 24 feet to a landing then another 24 feet back to the top deck.  They are building the roof post and beam style using local Red Cedar and it will be a work of art when complete.  My brother Charlie who is a local building contractor is leading the group of volunteers.
Last Thursday, I went to the wildflower meadows on Harewood Plains which is near Nanaimo with brother in law John R as my guide.  I heard the flowers weren’t as good as normal because of the dry year but they were still impressive in spots.  I got out geocaching for a couple hours today, haven’t done much lately although I did get a few in the Shuswap.
Prior to coming over to the Island, our days were mostly taken up by business and medical issues.  I spent one afternoon helping Bev on a couple of projects in her backyard.  We had a couple of nice visits with her and Kevin.  We had a games night with Jacquie and Jim and Maurice and Dian one Friday night.
On April 22 (Earth Day) we bought take out Thai food for Bev’s birthday supper.  On the 27th, I went to Harrison Hot Springs with Jacquie and Jim for a memorial service for my Cousin Terry’s 19 year old daughter.   It was very sad.  She left a two year old daughter.  On the 28th I had a coffee visit with my friend Doug in Salmon Arm where we caught up on our news.  Well I did anyway, Doug reads the blog so was aware of most things happening to us. 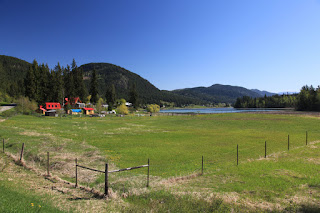 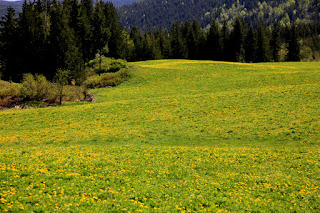 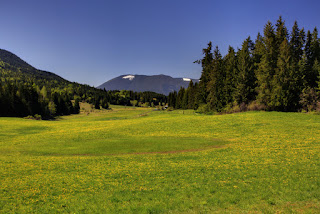 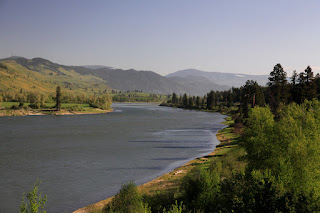 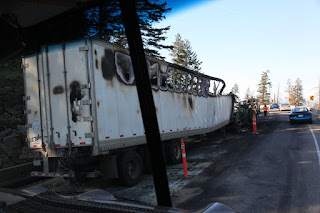 Three drunks in a pickup hit this truck causing the fire.  Two of the drunks died. 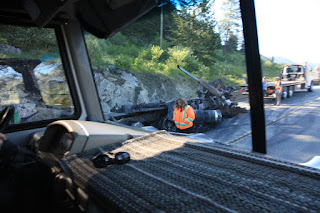 Not much left of the semi tractor! 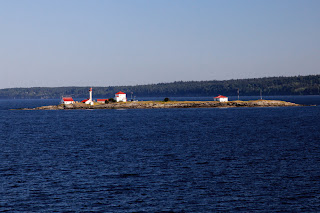 Lighthouse on our approach to Vancouver Island 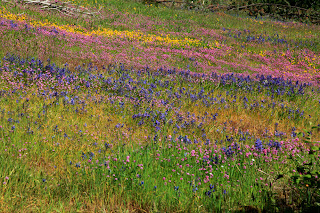 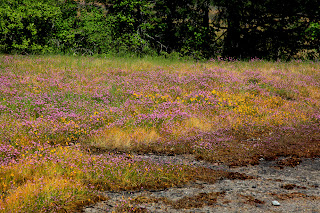 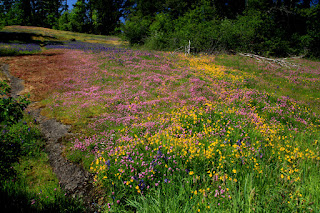 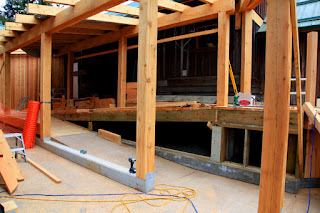 The ramp and roof in progress at Errington Hall

Posted by John and Aileen on the road at 6:38 PM