Farm sitting is like house sitting but more to keep an eye on.  One cow had calved several weeks ago and another was expected but didn't seem to getting with the program.  I checked her yesterday before we went for a drive and she was in the field with the others.  When we got home last evening and I went to give them a few flakes of hay, she was missing.  I finally found her in the bush alongside the barn with a new little red calf.  Since it was pretty rough and getting darker by the minute, I took her some hay and a few buckets of water.  She was very thirsty.  This morning I was able to push and lift the calf over the low fence and Momma followed.  As soon as the calf got into the softer grass of the field, she took off bounding and wobbling across the meadow.  It was interesting to watch the other animals meet the new one.  There was great excitement and curiosity with the new Mom being very protective of her baby.  Things settled down after a bit and all went back to chomping grass.
Yesterday we went to Campbell River to visit our friends, Gay and Doug.  We hadn't seen them since Bill's funeral and there were a lot of people there so not much time.  It was nice to sit and catch up on things.  Gay also reminded me that I hadn't put a blog post out for nearly two weeks.  Now it is two weeks.  I remain impressed by those bloggers who manage to post every day.
We have been doing a bit of geocaching on our evening walks as well as finding some good blackberry patches.  There are gardens to water and once in a while lawns to cut.  I hauled in the winter's firewood as well.  We've also been gathering food for the rally meal that Aileen is in charge of preparing.  We don't have any problem keeping busy.
Our summer and time on the Island is rapidly winding down.  When Charlie and Sheila return, we will go back to Duncan for a few days as we have more things we want to do down that way.  Richard and Georgia were to have come up last week but they came down with colds and cancelled.  They are planning to come tomorrow and Georgia will stay with us for a few days.
We will be moving up to Seal Bay for the fall RV rally September 2 -7 then we will probably chill out somewhere for a few days before leaving the Island and going to Salmon Arm for a while. 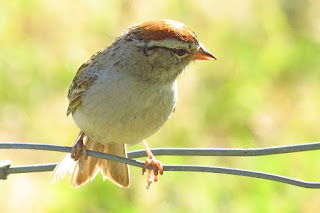 Immature Chipping Sparrow.  I took this out the window from my computer seat. 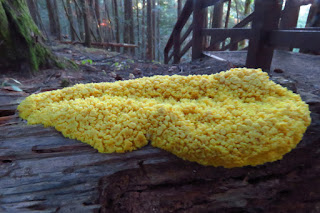 I'm thinking this belongs in the fungus family.  It is a short growing, bright yellow slimy creation that is quite common further up island.  This was here in the dry belt at Little Qualicum Park. 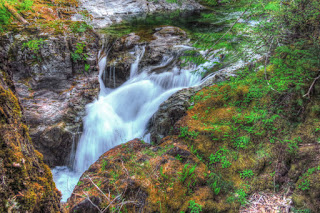 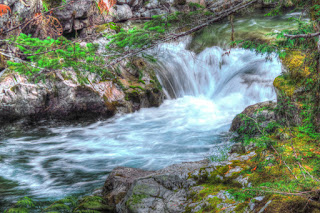 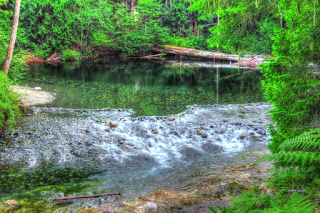 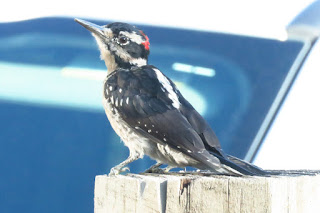 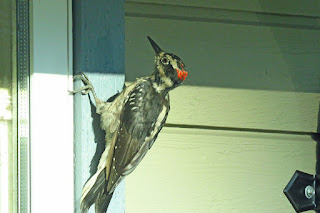 When he started in on the new paint job, I honked the horn to stop that.  Just part of the job protecting the property! 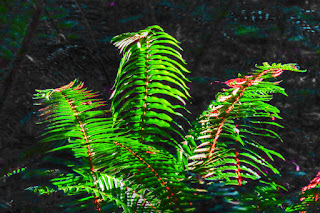 While we were walking a shady forest path the other evening, I noticed this Bull Fern illuminated by a tiny ray of sunlight. 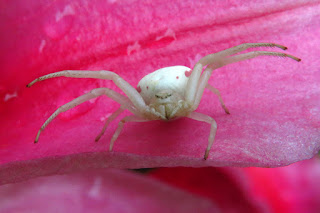 While checking the gardens one morning I noticed this spider so went and got my camera, which is where the rest of today's images came from. 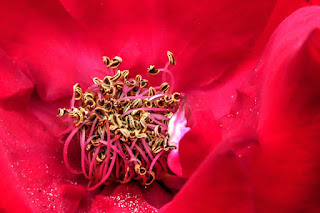 Inside a rose blossom 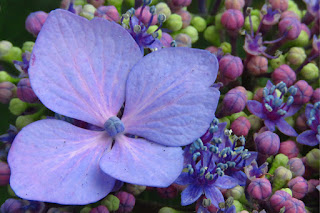 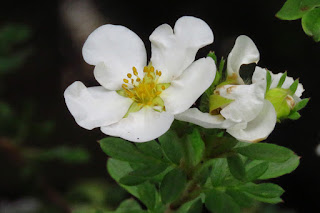 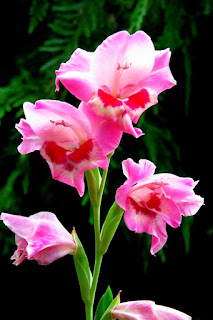 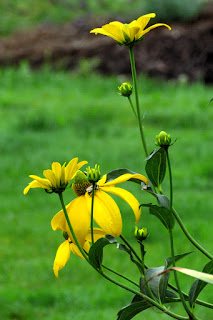 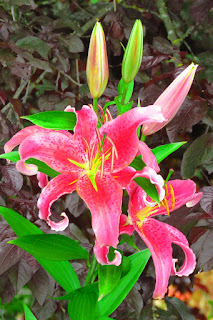 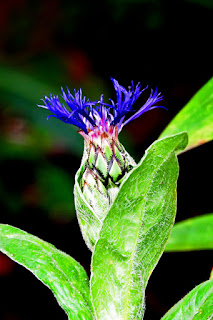 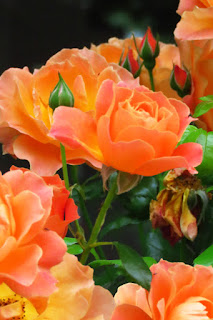 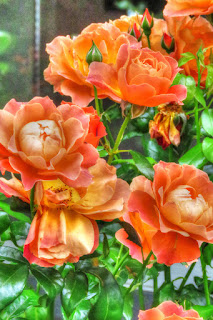 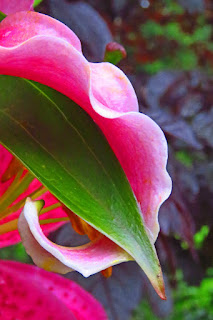 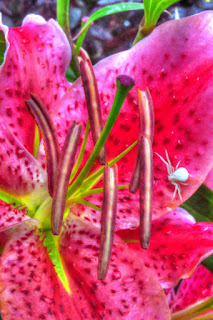 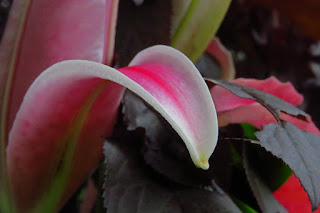 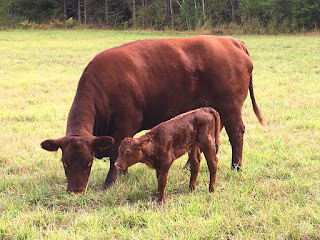 Taken with our i-phone, the calf is less than a day old
Posted by John and Aileen on the road at 2:38 PM