Cliff and Patty from Alberta wanted to experience some of the rougher and maybe more exciting trails before they left so the only day that worked for me was Tuesday.  They, Richard J and I went off on our own since we were going on trails that 87 year old Blue doesn’t ride any more.   His group went elsewhere.  Since we were on time constraints, Richard with an appointment and me needing to finish packing etc., we took the most direct route to get to the big spine.  After it we did a few more fun and steeper trails then returned home via Box Canyon.  With all our recent rains, I was surprised to find so much water running through the wash and canyon.  In my eight years riding out there, I have never seen anything close to that much water.   It was pretty neat to experience.
After I got home Tuesday, we hooked up the trailer and loaded the RZR.  I washed the motor home windshield so I could load the ladder in the trailer then edited some of the day’s photos.  We went to Jim and Judy’s for supper being joined by Ken and Marie.  After supper we played Progressive Hand and Foot.  The guys were big winners in game 1 while the ladies edged us out in the second by 90 points.  We enjoyed one last night in the hot tub/pool even though it was getting late.
We slept late yesterday then got busy with our normal routine then getting ready to leave.  It was nearly 10:30 by the time we had the trailer hooked on the motor home and were rolling down the street.  We stopped in Florence for gas ($2.019 gal) and it was heading for 11 when we carried on.  We had an early lunch at In N Out Burger in Casa Grande before getting on to I-10 then I-8 heading for Yuma.  After a couple of rest stops including a nap for Aileen and a short doze for me, we arrived in Yuma shortly after 4.  Our GPS took us right to our destination at the Escapees’ KOFA membership park.  We were able to snag a full hook up site which was nice since it is still going to be cold for a few more days.  Sure enough, frost this morning.
We had a short visit with our friends Keith and Sue from Duncan, BC before supper.  Sue was playing in a hand and foot tournament in the evening and invited me along.  I was number 25 signed up and since the game is played in groups of four, a lady kindly dropped out so I could play.  It was a fun evening.  You played partners with the person opposite then the winners moved tables and played with new partners.  I was very lucky, winning all four rounds managing to end up in second place.  It cost a dollar to enter and second place paid $8.  Pretty good return on investment?


Today dawned with no clouds visible but there is a breeze.  We are enjoying the sun streaming in the windows.  We will stay here three nights then move up to Quartzsite Saturday.  I intend to attend bloggerfest in the afternoon then find a place to park for a week or so before moving to a suitable spot to lead ATV rides from.  It looks like we will have a smaller group joining us this year. 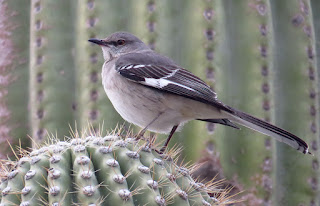 Northern Mockingbird on a saguaro 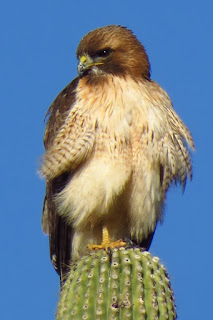 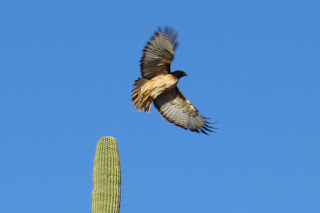 Managed one shot as he flew 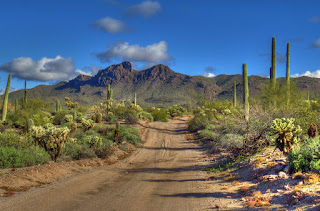 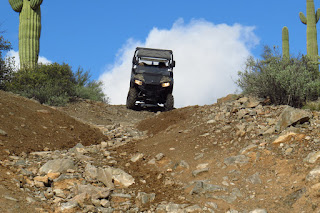 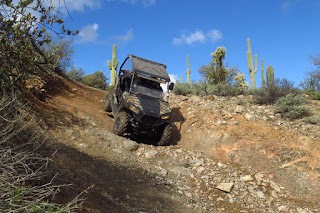 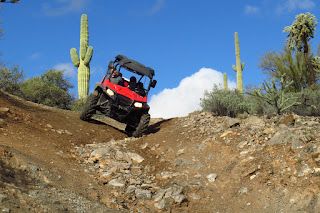 Cliff and Patty from Alberta 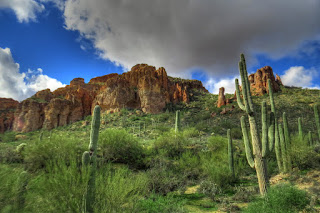 Bluffs along the Martinez Mine Rd 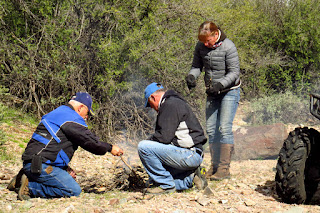 After the heavy rain the previous night, it took some serious coaxing to get a fire going 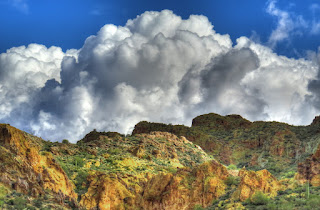 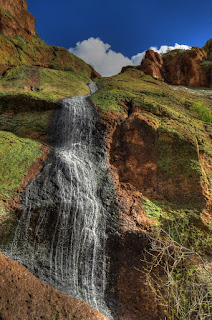 One of two waterfalls in Box Canyon 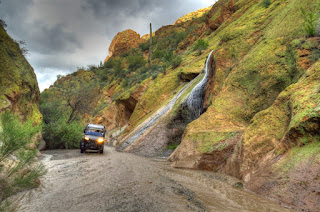 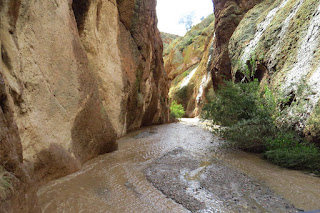 This would have been exciting at the height of the storm! 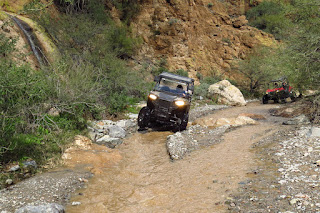 The second waterfall is on the left 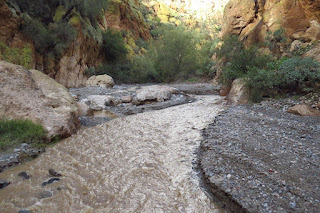 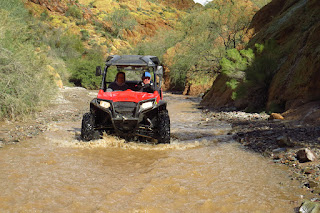 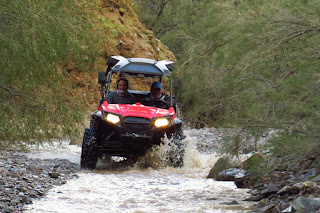