The photos below were all taken at Canyon de Chelly in Northern Arizona.   Some were taken in mid to late afternoon light (south rim) and others in the morning (north rim).  We found it to be a magical place.  In some ways it was a nicer experience than the Grand Canyon mostly because there were so few people there.  We found that the few people there sort of bonded while viewing the canyon.  Also, there weren't the hordes of tour buses disgorging their loads to plug up the viewpoints.  Often there would only be one or two other couples if in fact we weren't alone.
We had a doozy of a lightning storm overnight and we're in the middle of another right now.  Several groups of ATVers went out this morning and we had a great ride as there was little or no dust.  This was my first ride and people had been telling me how dusty it was so the storm was greatly appreciated by me. 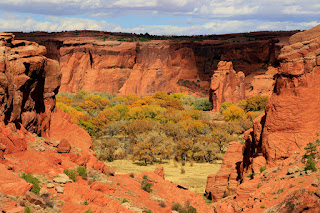 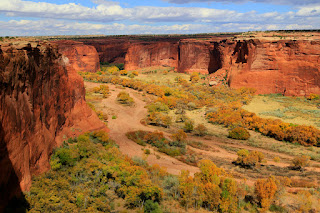 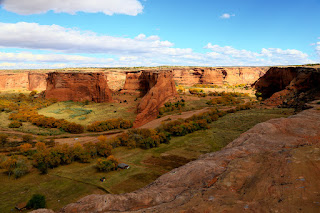 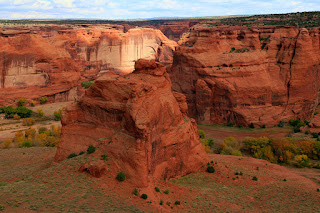 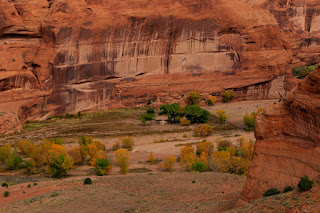 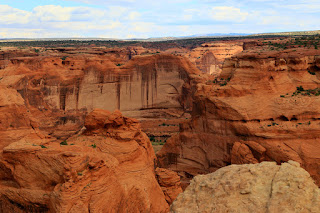 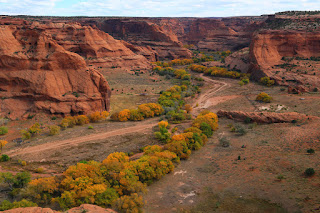 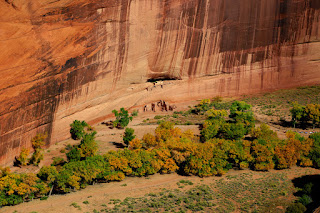 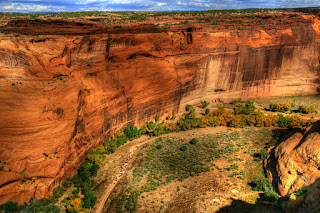 A large mob of mounted tourists leaving the White House Ruins.  You may have to click on the image to enlarge it enough to see all the horses. 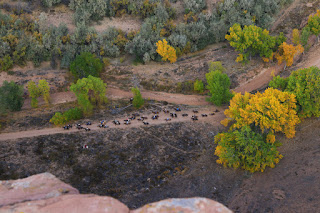 Looking almost straight down at the horses and cottonwood trees 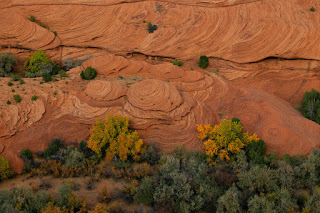 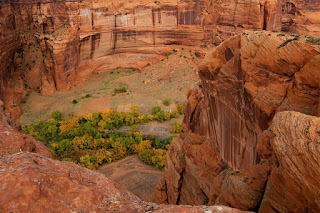 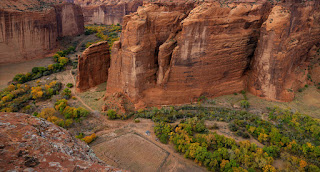 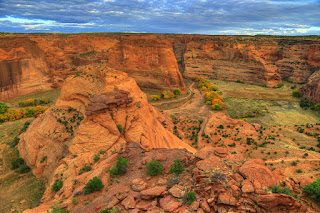 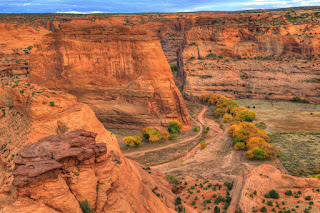 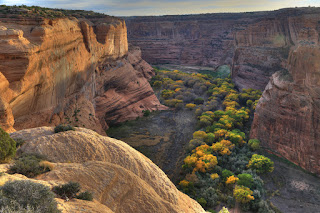 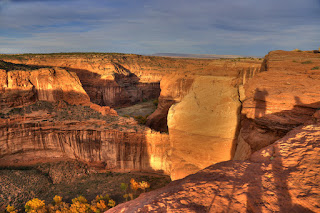 My long shadow in the morning light 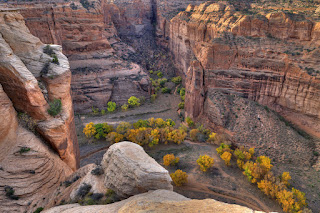 Posted by John and Aileen on the road at 5:48 PM