On Thursday, we went to the church that all our friends go to and partook of the chicken dinner.  There was lots of food and we got to be recognized for our anniversary along with several others.   We also “won” a $25 gift certificate to Ace Hardware.   There was a very talented pianist who gave us a great concert after lunch.  She lived near Chernobyl at the time of the blast and had some nasty tales to go with that.
About 4 we took our supper and went to the Colorado Monument for the evening.   We had a nice time up there and a million dollar view at supper.    We got to see nine bighorn sheep in one spot.  It was well past dark by the time we came off the mountain and about 8 when we got home.  I edited a whack of photos then it was suddenly past my bedtime.
Yesterday I went for a drive toward Naturita on Hwy 141 to look for some geocaches but once again, photography trumped caching and I only got six caches as I spent most of my time behind the lens. We were invited for supper in the house here with Jim and Judy last night along with Ken and Marie.  A rousing game of 2500 was played later and I managed to sneak a win with Aileen right close behind. Today was a mostly quiet day.  I did two loads of laundry and edited photos for this blog.   Aileen called our friends John and Carol in Michigan to see how they were doing.   It sounds like they will get to Caliente about the same time as us.  We are invited out for supper again tonight at Jim and Jane's and it sounds like there will be quite a few people there.   I believe they are planning on two tables of cards later.  It is nice to have so many friends in one place! 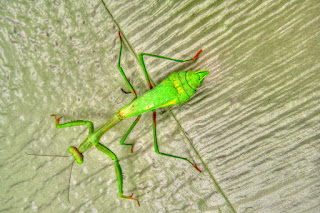 A Praying Mantis on the patio ceiling 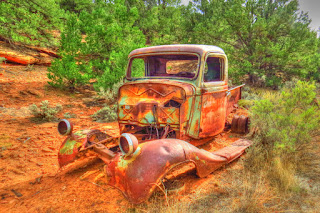 I spotted this neat old Ford along the highway yesterday.  Note the "dual "wheels on the back.  They welded two wheels together! 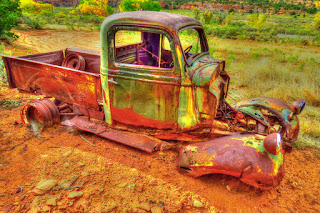 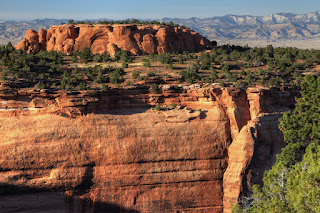 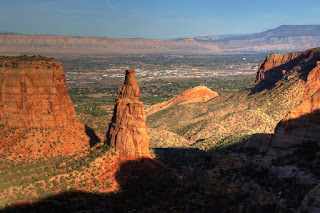 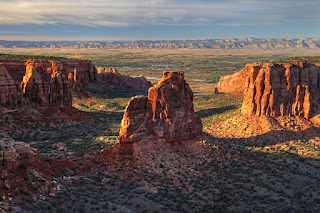 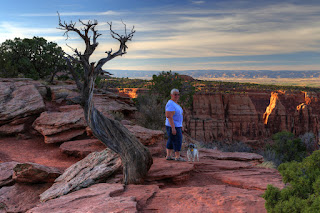 Aileen and Mitzy out on a viewpoint 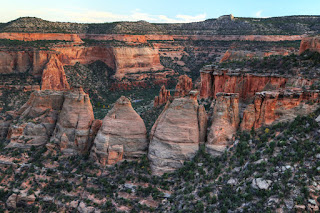 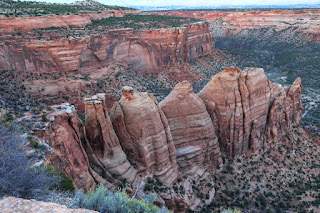 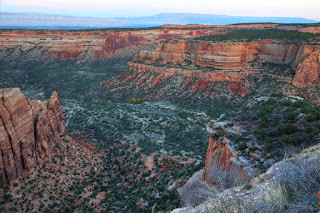 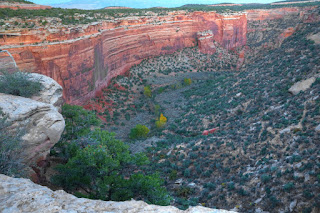 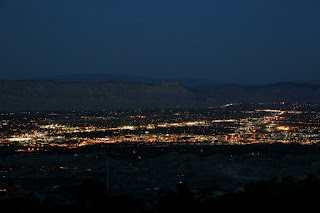 As we were heading down the mountain, the lights of Grand Junction were spread out for our viewing pleasure 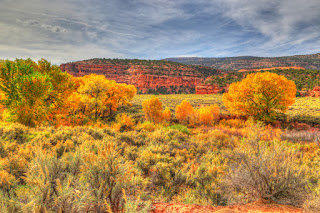 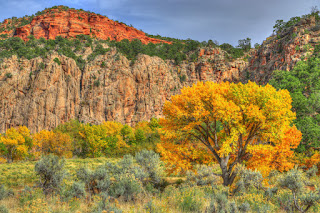 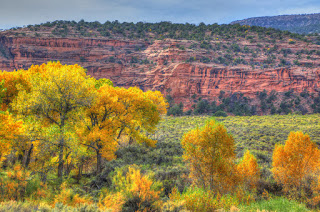 Posted by John and Aileen on the road at 1:31 PM