Given that the weather is to deteriorate tonight and showers forecast for tomorrow, we took advantage of the clear blue skies today to make our next move.    We travelled along #72 to Bouse this morning and dumped our tanks and took on water at the community campground.   At $10, it is much cheaper than doing so in Quartzsite.   We then drove along Plomosa Rd to #95 then about four miles south toward Quartzsite to the Hi Jolly 14 day free camp.  While the majority of the camp is close to the highway, we are nearly all the way to the back and are not getting any highway noise.   Hopefully, for the two weeks we plan to stay here, it won’t get too crowded.    We will be heading back to our lot in Florence no later than the 13th of January which coincidentally, is the day we have to vacate here.


I think this will work well as a base for our ATV adventures, especially when the  group from Florence arrives next week.   I will have to get out and start laying out some routes as soon as possible.   Of course there are some new caches to be found so that will be part of my stay here too. We are close enough to town here that it will be a short ride in with the RZR should we decide to go poke around a bit.   Just from our quick drive through yesterday, there aren’t a lot of vendors set up yet. 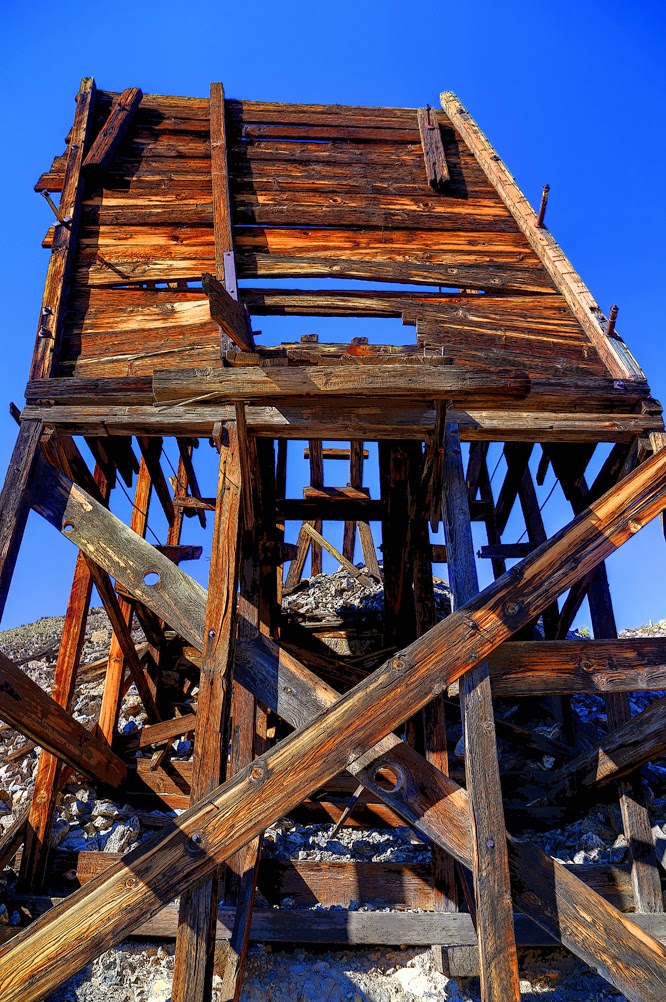 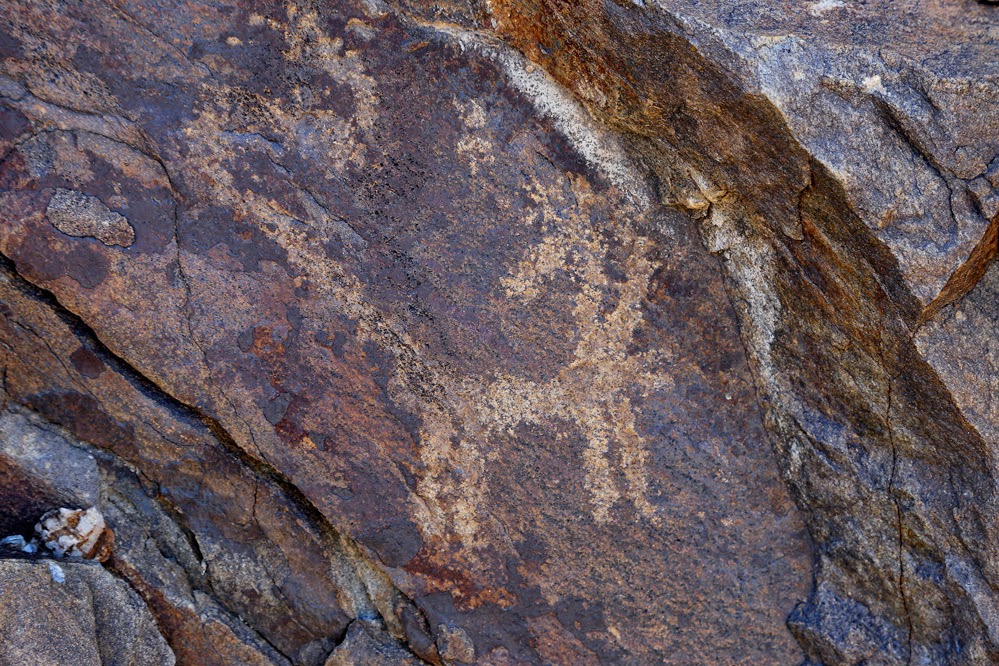 I went for a drive in the RZR yesterday as a final trip into the hills behind camp.  I drove up a wash til the trail dead ended just beyond yet another failed mine site.  The wash narrowed and looked interesting so I grabbed my pack and left the RZR to rest while I went to see what there was to see.  I love looking around the next corner.  Maybe you've already noticed that?  Anyway, less than five minutes of walking brought me to this real surprise.  There were about a dozen petroglyphs in a small gathering.  These are made by using a rock tool to chip away the weathered surface on the rock to reveal the lighter coloured rock underneath.  Some were so badly faded that one couldn't really see them but a few were quite sharp.  It was quite a thrill to stumble on these in such a desolate area, although it was only a bit over three miles from the highway at Vicksburg. 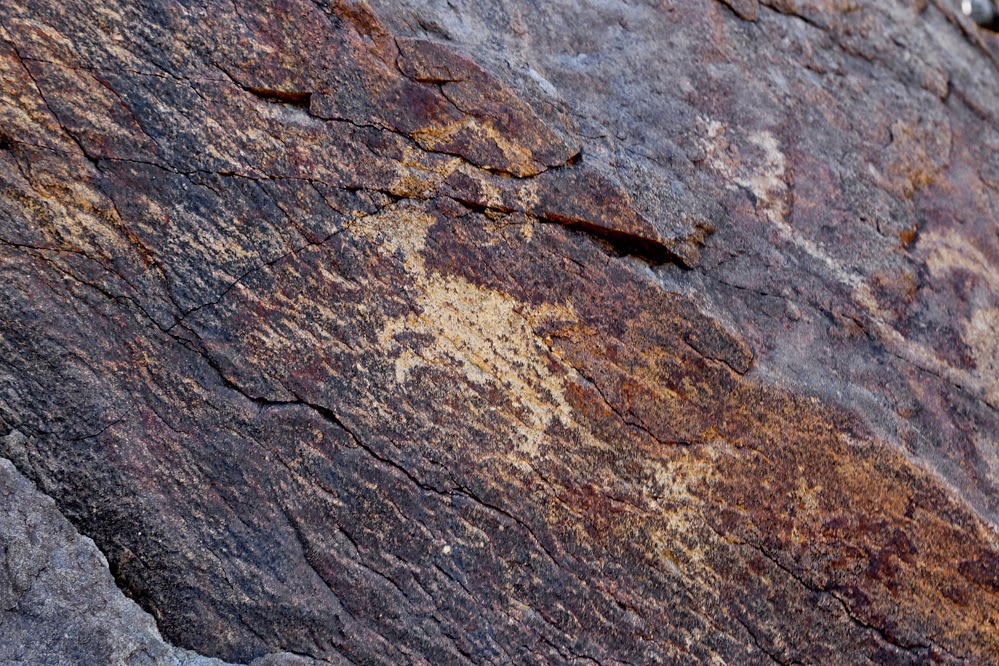 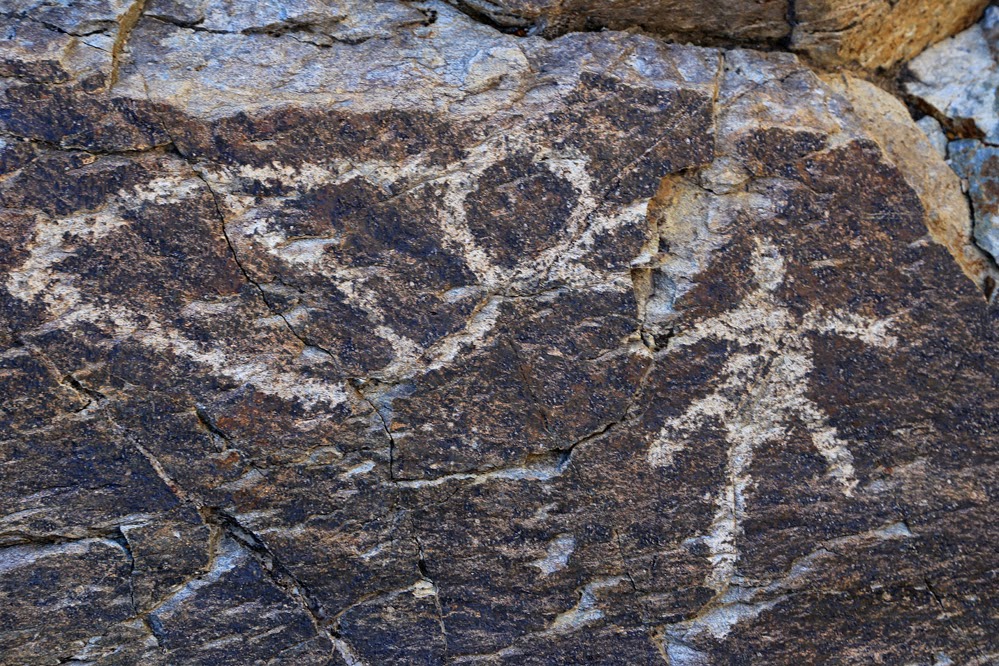 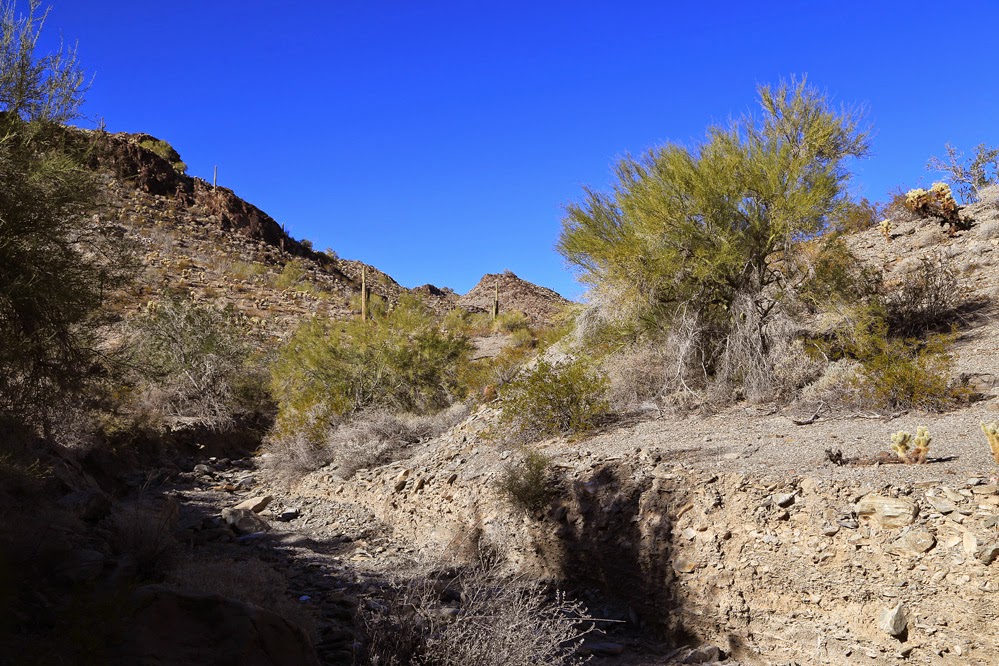 This is near the petroglyphs and I continued on with my hike, ending up on the flat topped hill in the far center of the image. 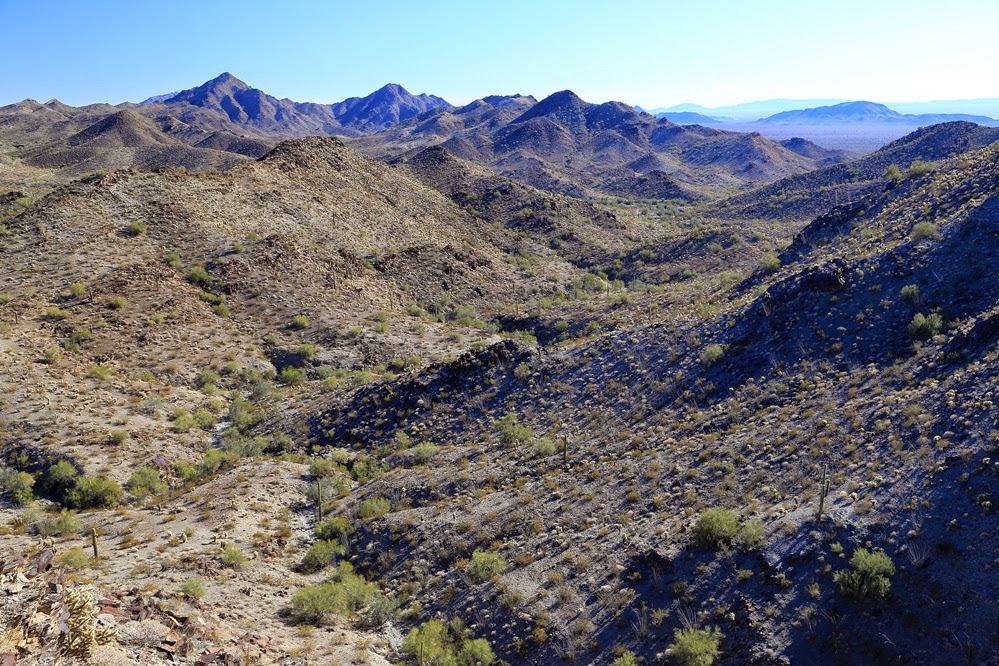 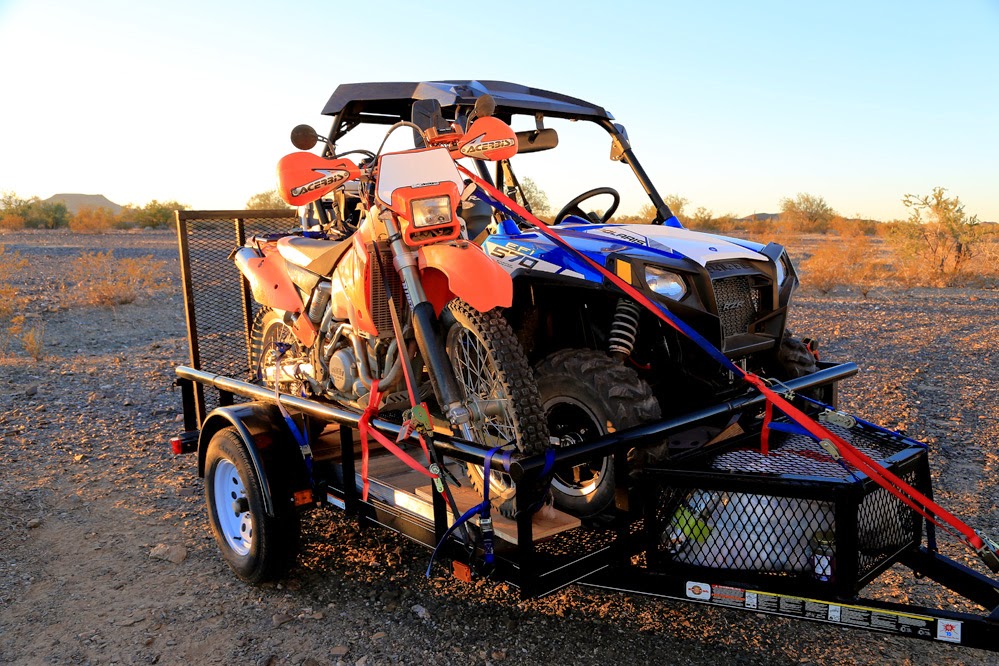 With a bit of effort and ingenuity, we managed to get Jim's bike on with the RZR.   There is an aluminum ladder with bits and pieces of plywood under the bike to raise it up enough to make it in.  We used eleven straps to ensure the load remained stable for the ride.

Posted by John and Aileen on the road at 5:44 PM