We moved up to Cousin Bill’s in Campbell River last Thursday and returned to Charlie and Sheila’s today.  We had a great trip.  We got to have lunch on the wharf at Dick’s a couple times as well as a great Chinese supper at Bejiing House in the north end of Campbell River.   Aileen had no problems with gluten in any of her meals so she was pretty happy with that.
The big event was our all day boat ride on the Uchuck 3 out from Gold River to Friendly Cove.  We left Mitzy with our friend Gay in Campbell River and her husband Doug came with us.  We had gorgeous weather the whole day and the smoke wasn’t too bad from the forest fires.  Friendly Cove is where Captain Cook first landed in BC on March 30, 1778 being the first whites to visit the area.  He was welcomed by the natives and layed up to repair his ships for several weeks.  After leaving Friendly Cove, he was murdered by natives in the Sandwich Islands on January 14, 1779.
There is not much left at Friendly Cove now.  A native carver has a house and carving shop where he spends the summer months.  There is the lighthouse manned by a husband and wife team.  There is an older Catholic Church that is now a cultural center and there are 6 small cabins further along that can be rented.     There is a rumour that the federal government is planning a modern cultural center which I’m sure will take away the current serenity and mystique.  We had three and a half hours ashore to explore and it was ample time.  It was unseasonably warm so most people were getting hot and tired by the time to leave.  I saw several people sound asleep on the ride home.  This was the last Saturday trip of the year so the boat was filled to the maximum capacity of 100 passengers.  With the weather so pleasant, most people sat outside on the various decks so it didn’t feel crowded.   Aileen has declared the trip exceptional.  She got to meet a lady who grew up on this lighthouse and she had a great chat with the current lighthouse lady.   Since it was getting late by the time we got off the boat, we found a little restaurant in Gold River to eat at.  Called The Manila, it had several gluten free choices and once again Aileen didn’t have any problems with gluten.


I had made arrangements earlier to have the motor home serviced by a shop in Campbell River so that’s where I spent much of my yesterday.  Even though we don’t use the generator that much, I had it serviced as well.   On a different note, I’m often asked if I shoot more now than back in the film days.  The answer is definitely!  Three days shy of one year old, my full frame Canon 6D has taken 10,100 shots and my four month old Canon SX50 has taken over 4,400. 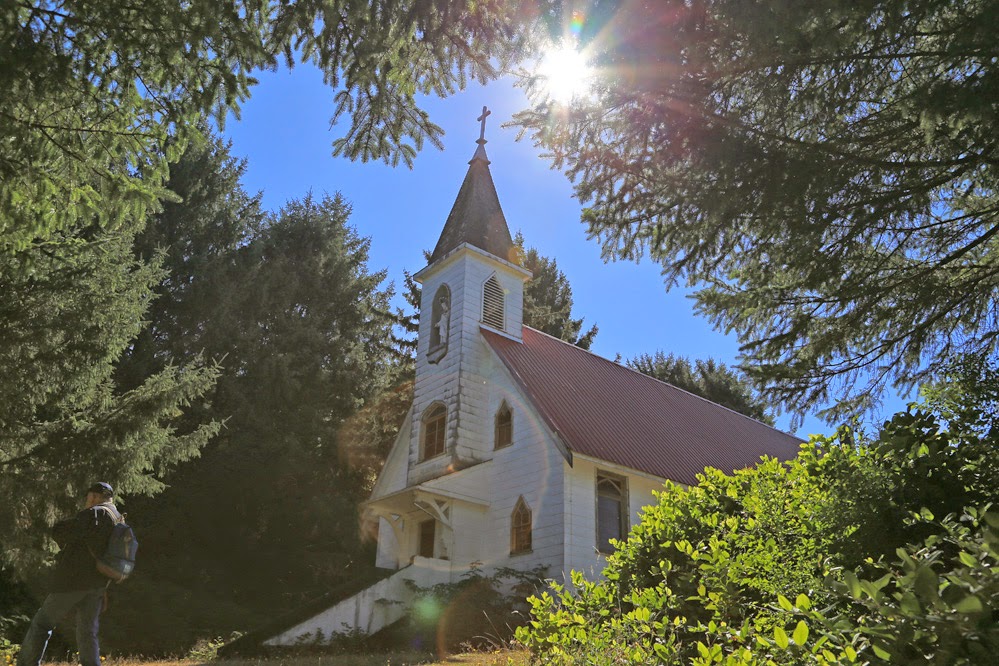 The church that is now the cultural center 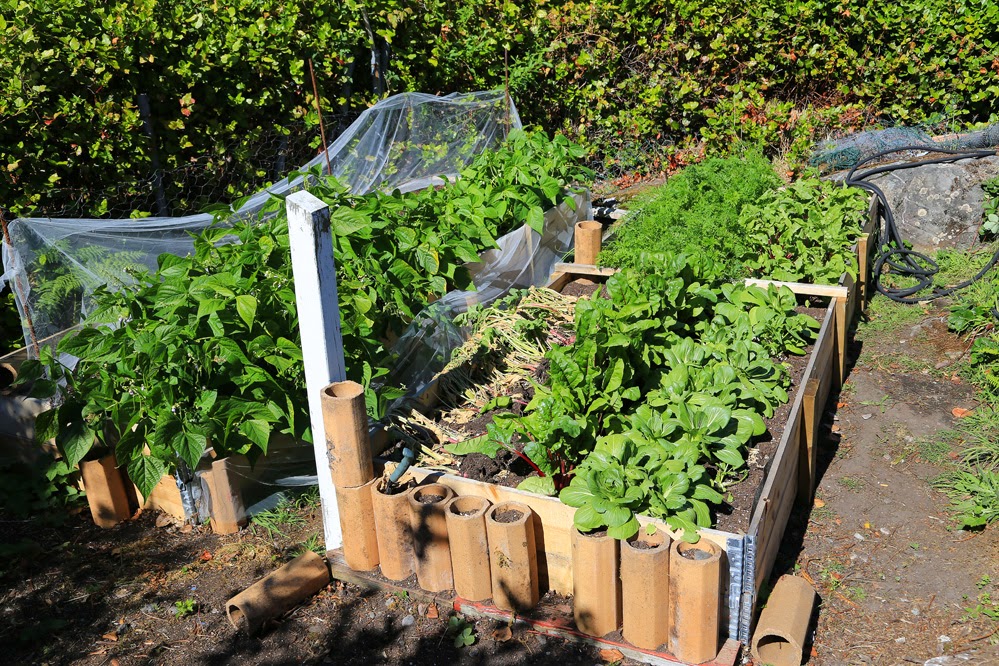 Tired of not getting fresh veggies, the lighthouse couple imported some soil and now have some great eating 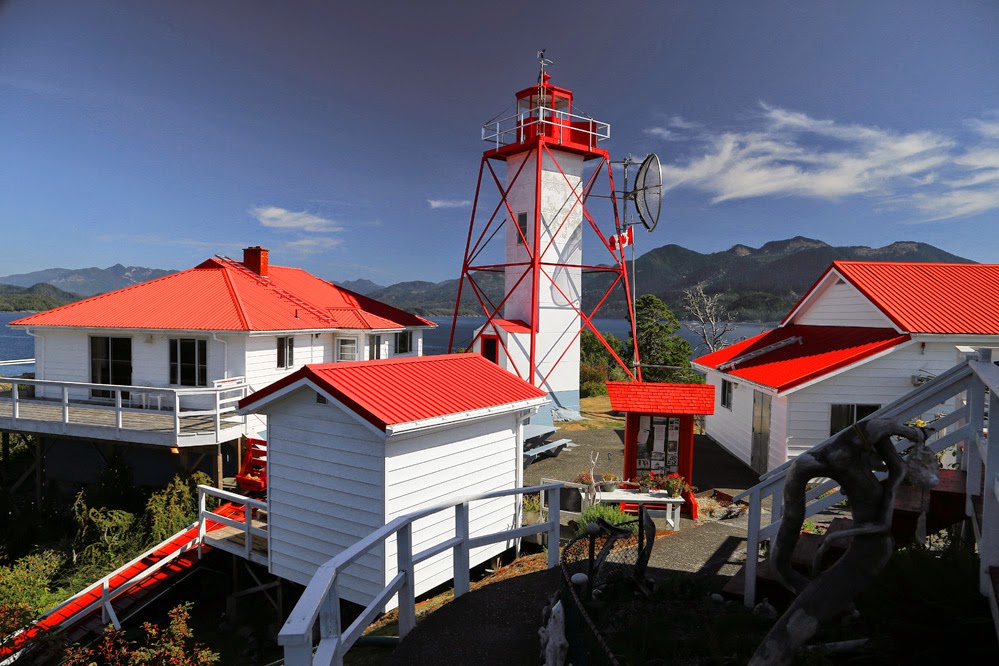 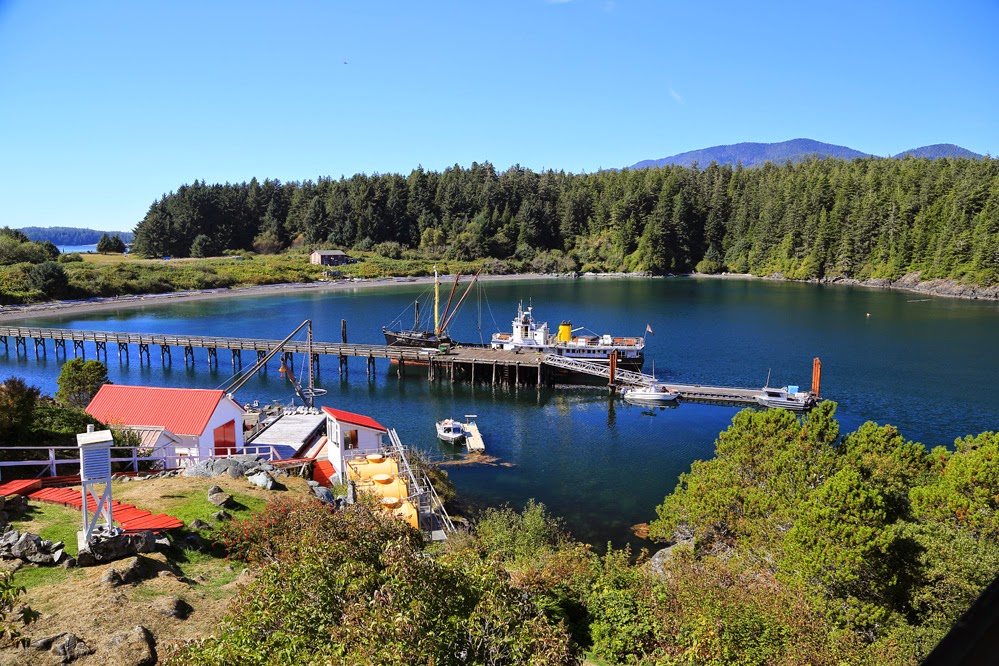 The Uchuck 3 in the harbour below the lighthouse 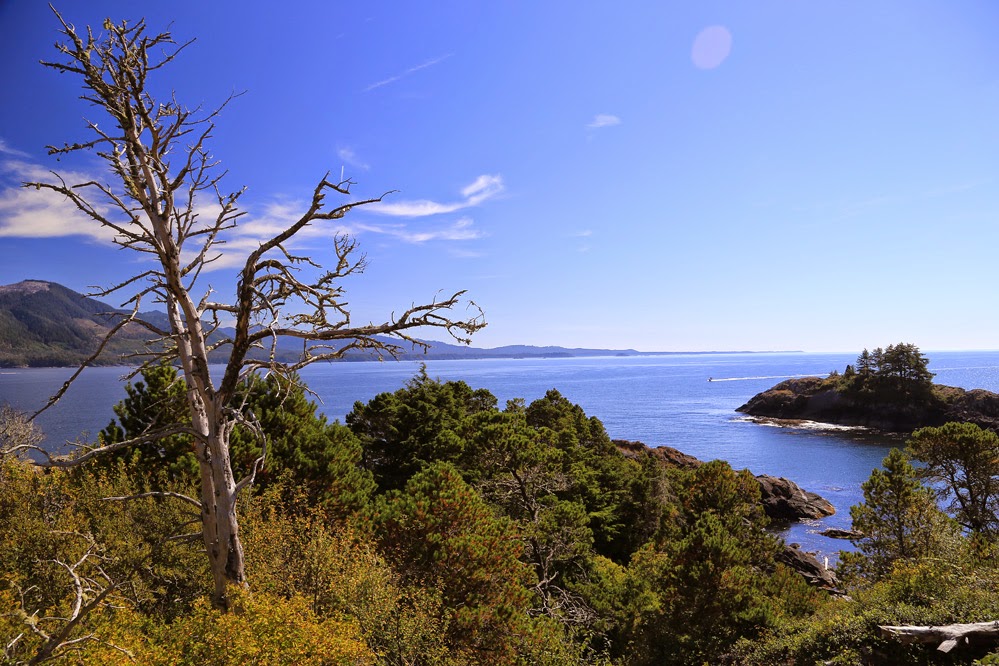 Looking out to the open Pacific 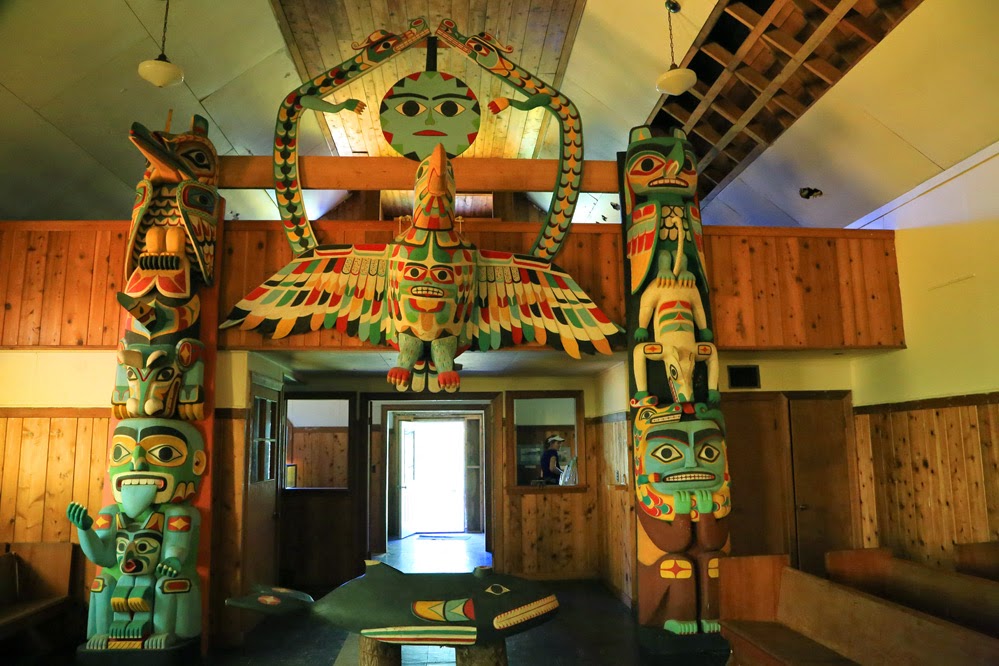 Inside the cultural center 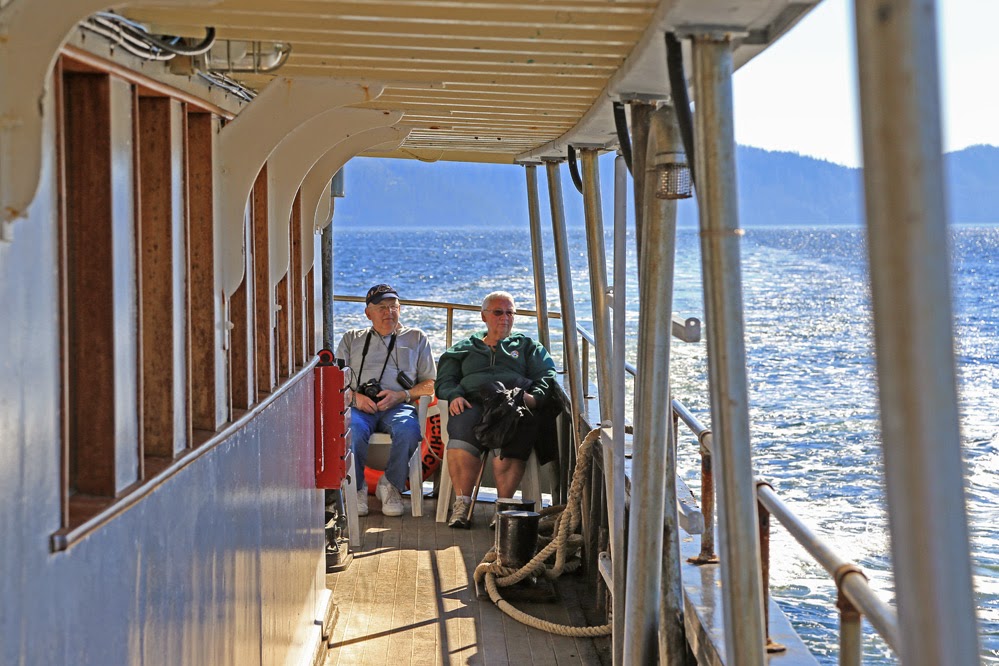 Doug and Aileen relaxing on the ride home 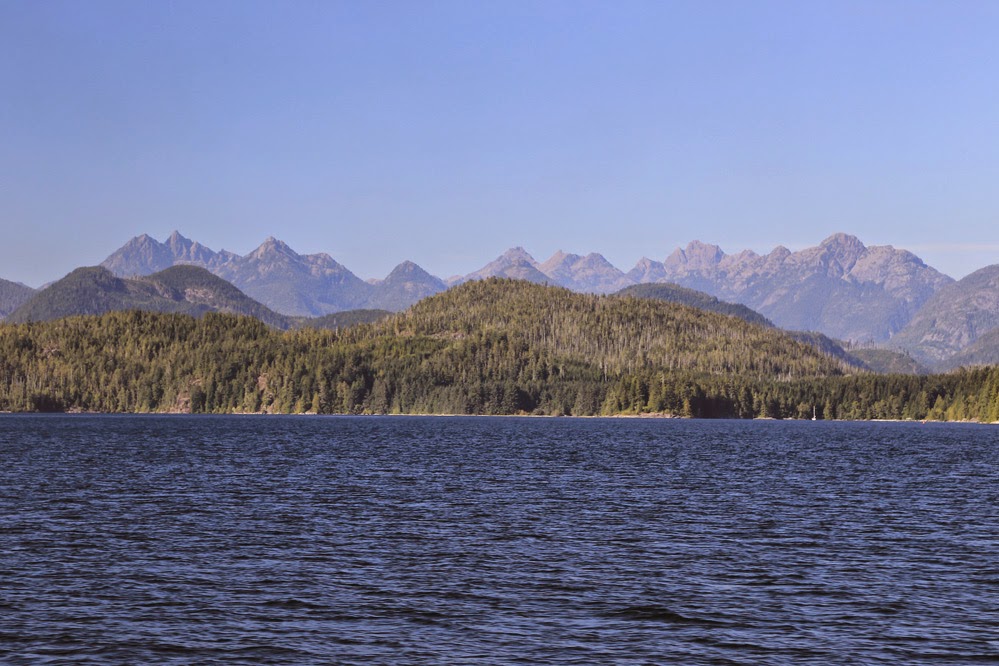 Some of the view along the inlet 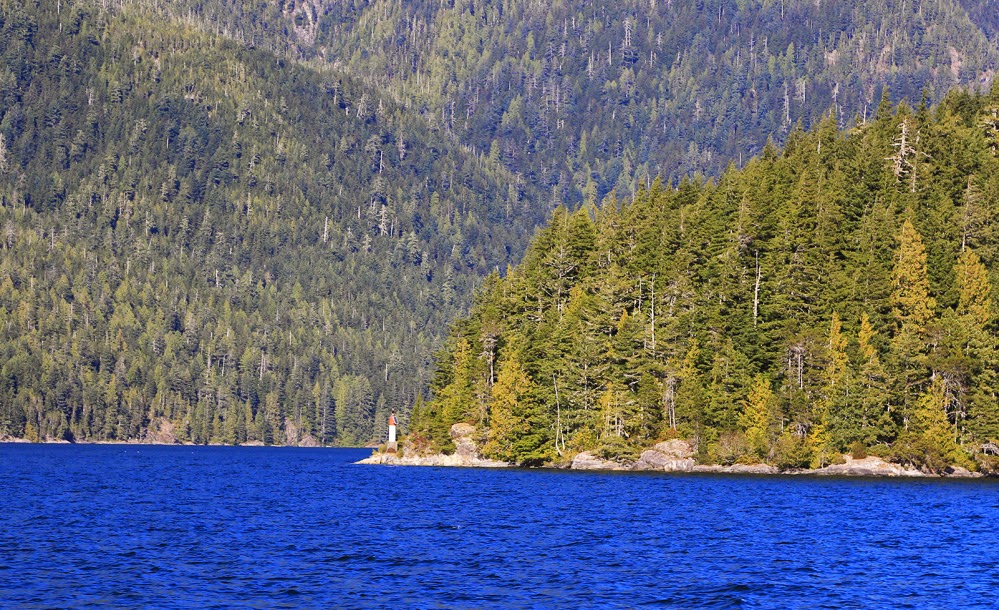 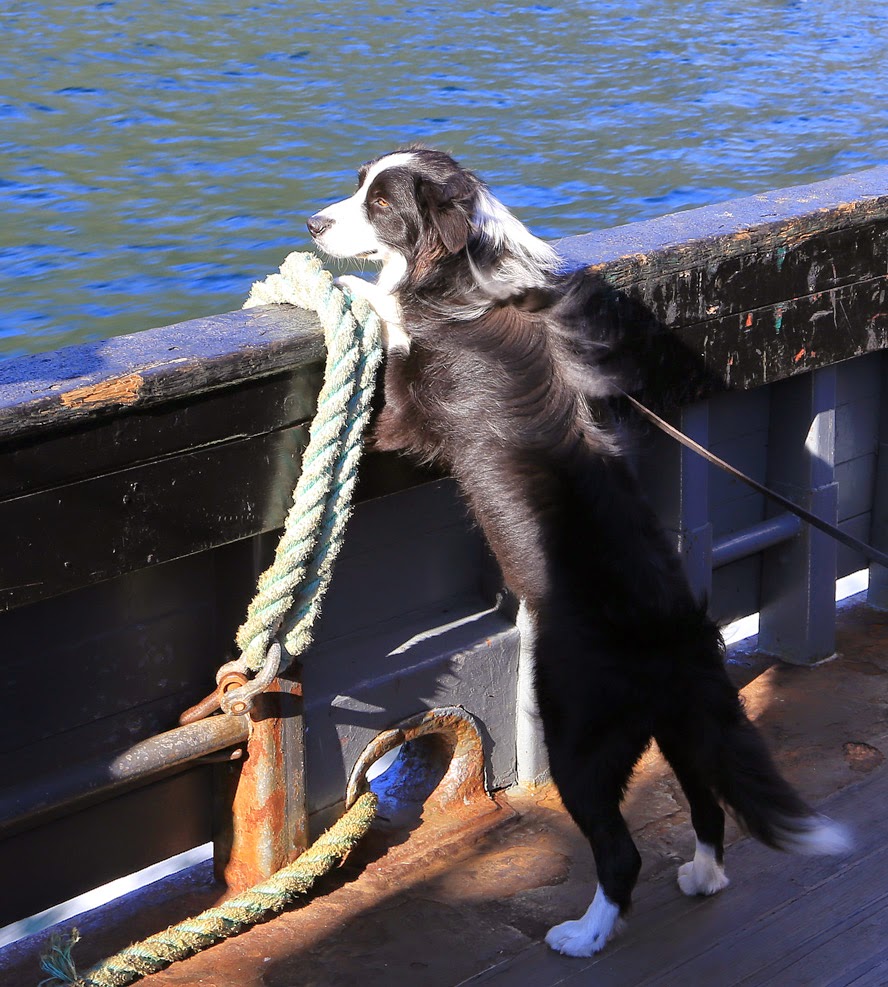 Several dogs made the trip but this was the most photogenic

Posted by John and Aileen on the road at 1:55 PM