PEACE REIGNS OVER THE MOTORHOME AGAIN

Georgia’s mom and dad came for her Saturday afternoon and she was very happy to see them.  After lunch, some visiting and Richard giving this old guy a hand to load some iTunes onto a thumb drive to play in the car, they were away home to Victoria.   Our visit with Georgia went quickly with quite a change in our routines.  The cat and dog are happy to be back to their slow and peaceful existence.  For Aileen and I, the silence was deafening for a while until we got used to it again.
Charlie and Sheila have been doing some major remodelling in their upstairs but he took some time out to help me assemble a liner for the cabinet that used to house a TV in the motorhome.   I bought a sheet of ½ oak plywood, Charlie cut out the pieces for me, I applied the finish then Charlie used his air nailer to put it together.  And the best part of all, since Charlie is a Journeyman Carpenter, it fit!!!   Aileen is very pleased with the result as she was tired of looking at the unfinished area left when the TV was removed.  The TV closed the opening completely so the RV manufacturer decided it didn’t need to be lined inside.
We’ve been trying to decide what to do about all the CDs we carry along with us for our listening enjoyment as so many places we go don’t have good radio.  I thought about reactivating our satellite radio but didn’t want a monthly fee.  We’re trying to reduce monthly expenses!  I bought an iPod Shuffle the other day and Richard got me started on the process when he dropped Georgia off.   The iPod didn’t want to play via USB in my car so I came up with the idea of putting all the music on a thumbdrive.  Plugged into the USB radio port in the Honda it works great!  For $15 I bought a 32 gb thumbdrive which will hold about 5500 songs.  More than we’ll ever get loaded.   After Charlie saw what I’d done, we had to do the same for him.   I bought a little boombox type radio that the iPod plugs into and works fine.  The radio has a rechargeable battery so we can play it when we are off grid and don’t need to have the inverter on to use it.   It will play about 7 hours on a charge then we can recharge when we have the inverter on.   I’ve recorded all the CDs we have onboard and when we get to the Shuswap, I will get the others out of storage and record them then leave all the CDs in storage.  That will free up more cupboard space.
Our time here in Errington is drawing to a close.  We still have quite a few things we want to do before we leave though.  We’ll be heading back up to Campbell River for a few days as we are going on a coastal freight boat run out of Gold River on September 13th.  Toward the end of the month we will be heading down Island, hoping to spend a few days at Cousin Neil’s in Duncan before joining Richard in Victoria for his birthday October 1.  After that we will be heading for the Shuswap for a few days.   We have been invited to join our friends in Penticton for Thanksgiving which in Canada, is celebrated October 13 this year.  After Thanksgiving is over and done, we will be crossing the border to begin our trek south to Arizona where it will be nice to see our many friends again.


It’s really feeling like Fall is upon us as the rains finally arrived a few days ago after the fabulous summer we’d had.   With the rain comes lower temperatures and more humidity and a feeling that summer is long gone.  The weather forecast is hopeful that we will see more sunshine and warmer temperatures in a few days.  I’ve been back to long pants since the weather cooled and I hope to get out for a bit of geocaching again.  It’s just not feasible to cache in short pants here as there are too many prickles and other things to draw blood.


Spider Alert!  The fourth photo is a spider web and the fifth is a closeup of a spider. 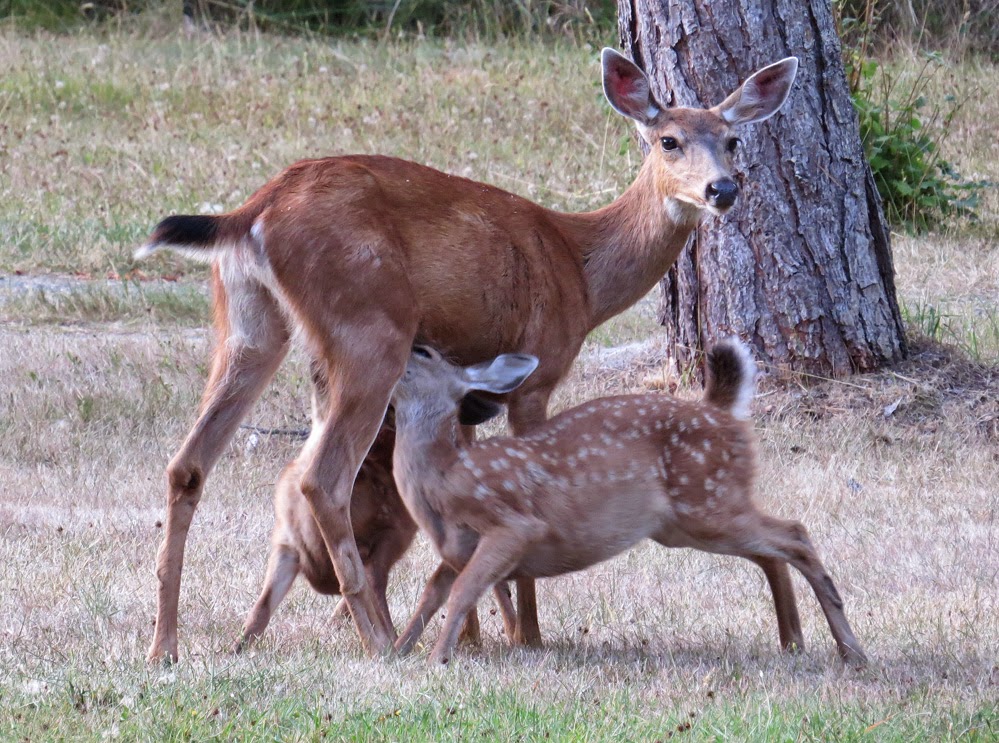 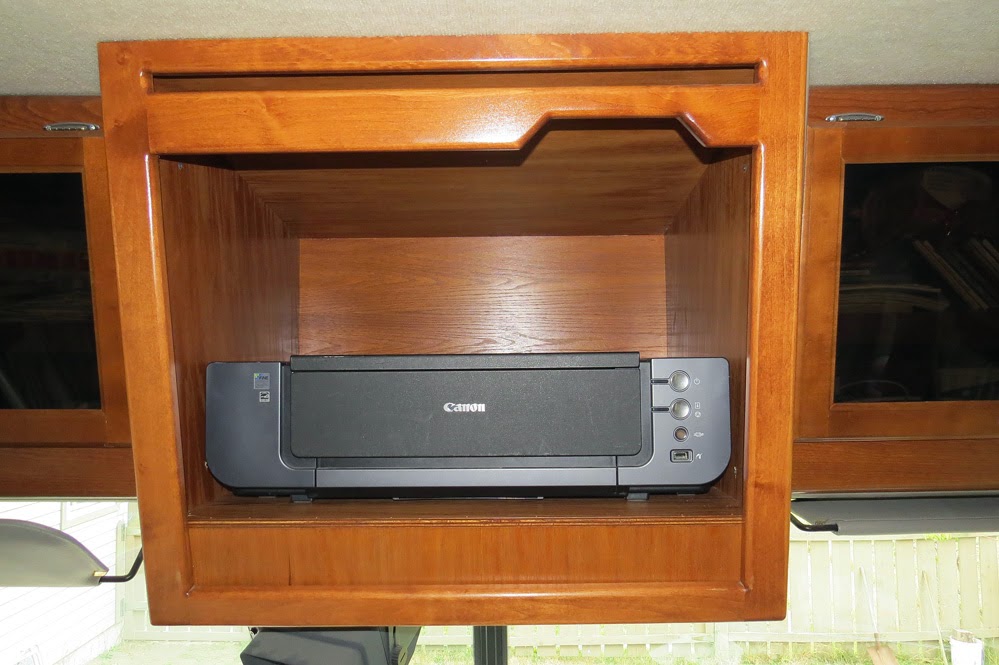 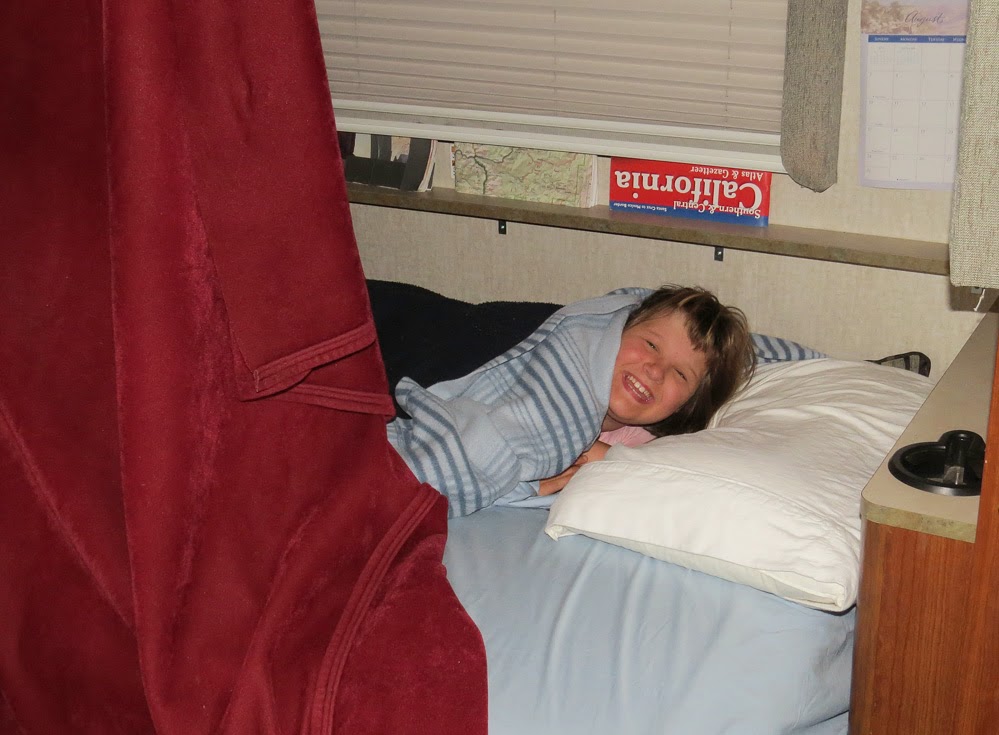 Every night we would make up the couch into a boudoir for Georgia.  The windows are blanked out to cut as much light as possible then we hang a couple of heavy blankets from the slideout valance to complete the light proofing.  Even when still light outside, Georgia would drop off to sleep quickly.  This photo was taken just after she awoke one morning.  You can tell she likes her boudoir! 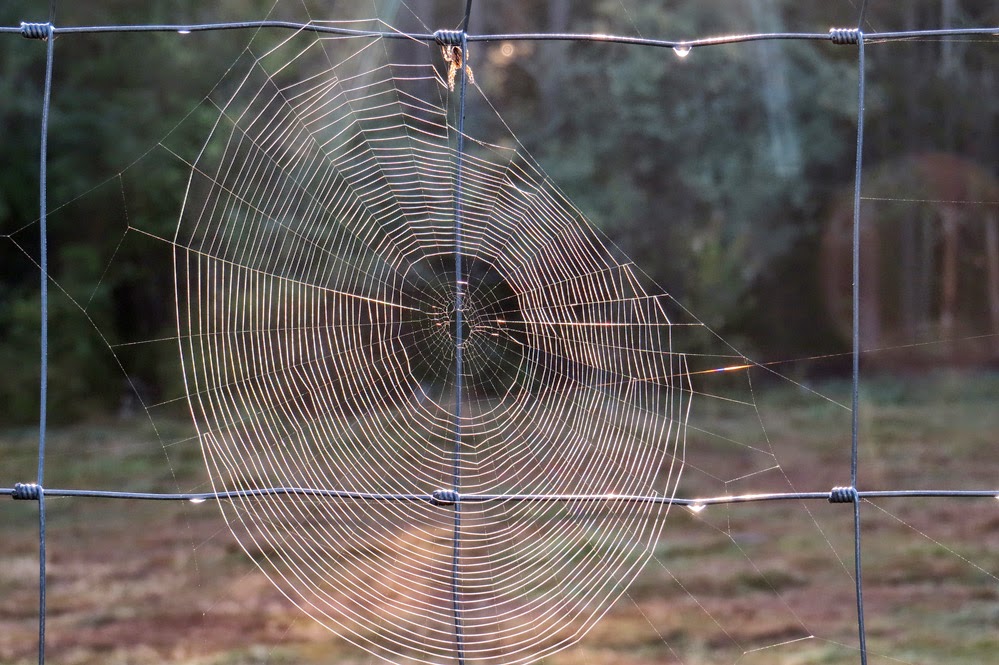 With the damp morning yesterday, this spider's web showed up well. 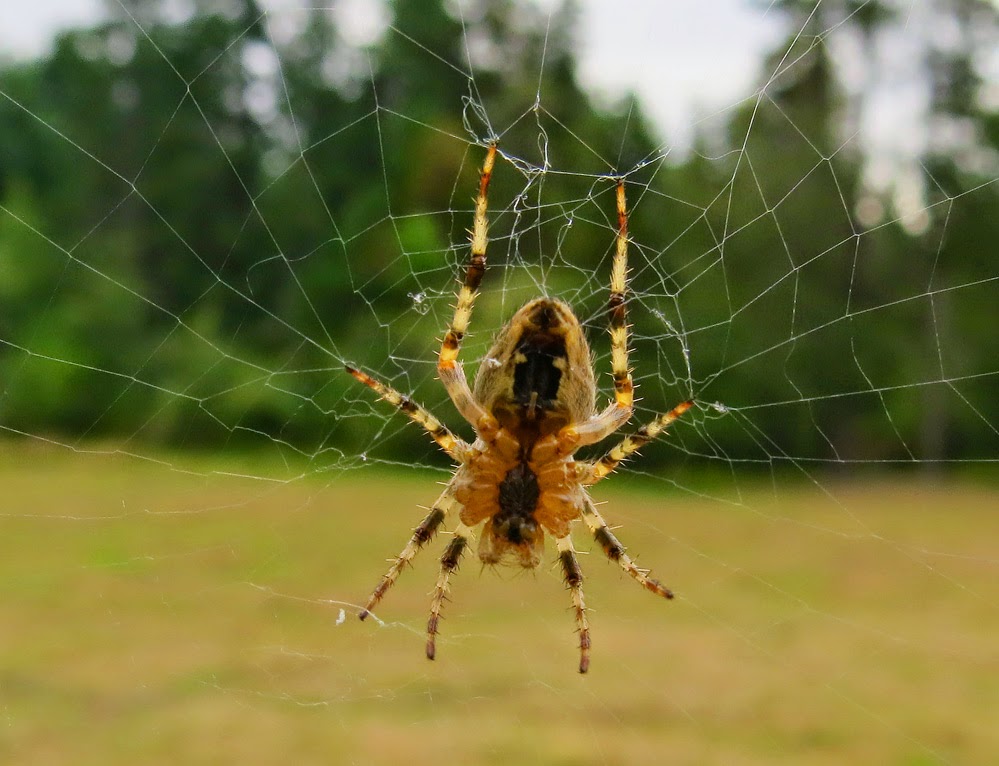 This morning the same web with the occupant in the center of it all.