Our time on Vancouver Island is almost up.  Charlie and I went riding with the Alberni Valley Hill Climbers ATV Club, of which we are both members, for a ride yesterday.  There were fifteen ATVs out, with seventeen people.  We had a good ride with much of it on old overgrown and seldom used logging roads.  There were scores of waterbars (sections of the road dug up), which protect the roads from washouts, but there were a few washed out spots to contend with, some more exciting than others.   There were many trees fallen across the road and while we could ride over or under most of them, there were a few that we had to chop through with a couple of dull axes.  The club has decided that someone needs to carry a chainsaw on these excursions.  This was the club’s first outing of the season and my only one.  They tend to not ride in hot dry conditions.


This afternoon we are visiting a cousin several times removed who lives nearby.  We met him at our family reunion back in 2009 and had invited him and his new wife to Aileen’s birthday party in July as a way of their meeting more of the family in the area.  Tomorrow and Thursday, Aileen is meeting with her good friend Bev D for the last times this year.  Wednesday will see us off to have lunch with our friend Perry up in Courtenay.  Friday the plan is to move down to Cousin Neil’s in Duncan then Tuesday down near Victoria for two nights to visit Richard, Robin and Georgia.  Richard’s birthday is Wednesday so we are helping celebrate.  Thursday morning we will catch the ferry to the mainland and then on to the Shuswap for a few days.  Somewhere around October 8th or 9th we will move down to Penticton where we’ve been invited to celebrate the Canadian Thanksgiving.   We will cross the border about October 15th and begin our trek down to Florence, Arizona.    I am still undecided on our route.  It’s getting more difficult to find routes we haven’t travelled as we have tried to use different ones every year.  So then it becomes a matter of which one is easiest or where would we like to visit again.  Linking together an interesting series of photo hotspots is an exacting process sometimes. 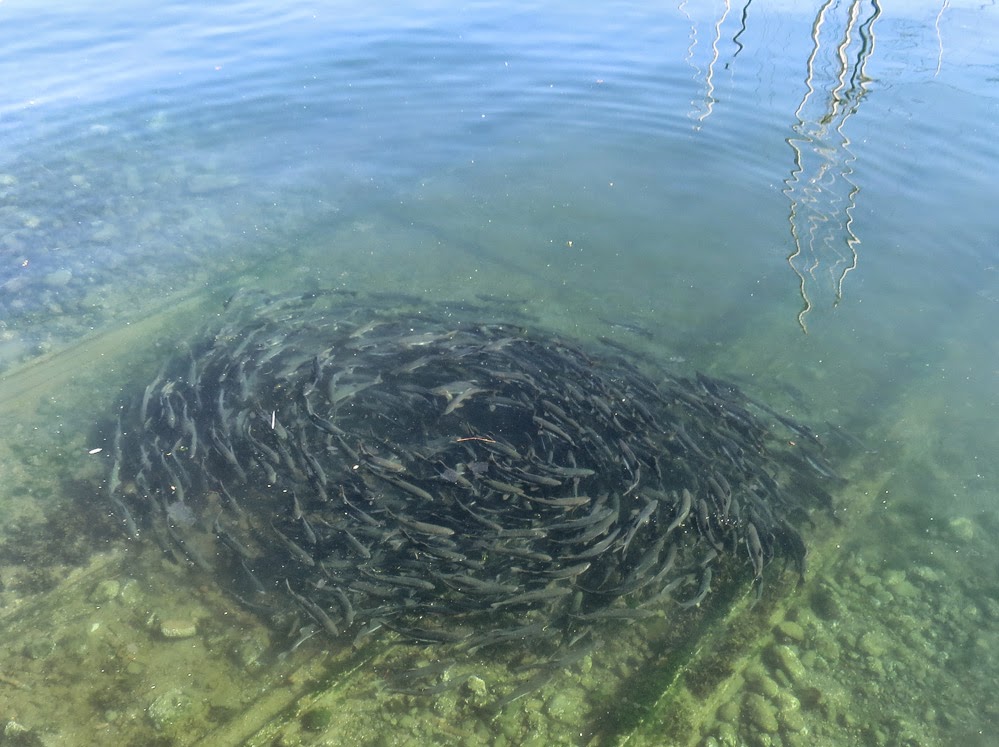 Pink Salmon schooling along the shore at Campbell River last week.  These fish are probably all in the two to four pound range 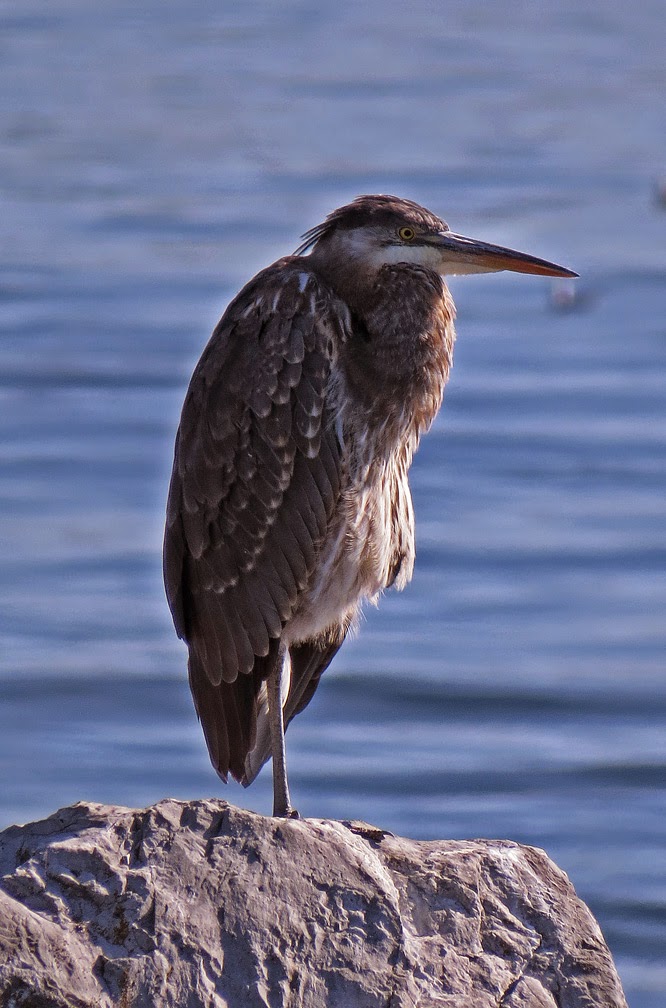 Old Grumpy was guarding the beach 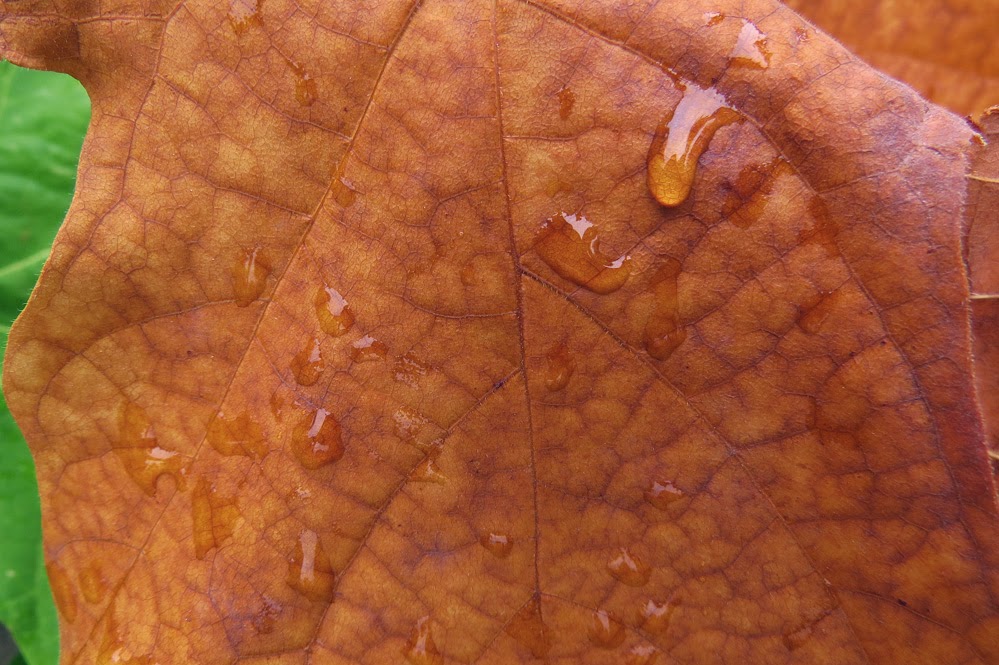 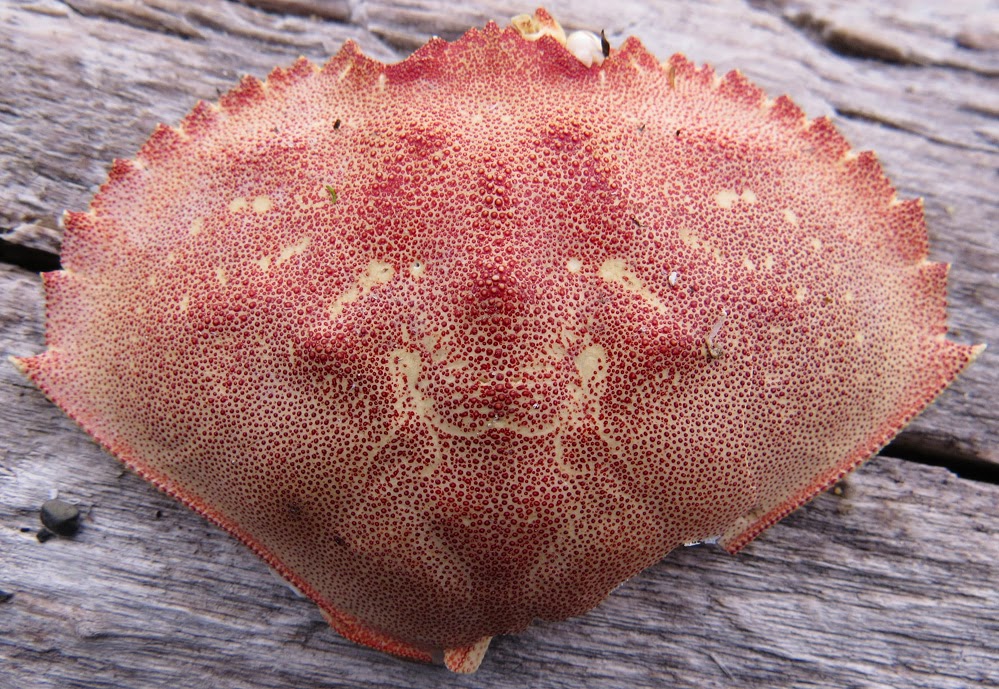 There were a lot of empty crab shells on the beach 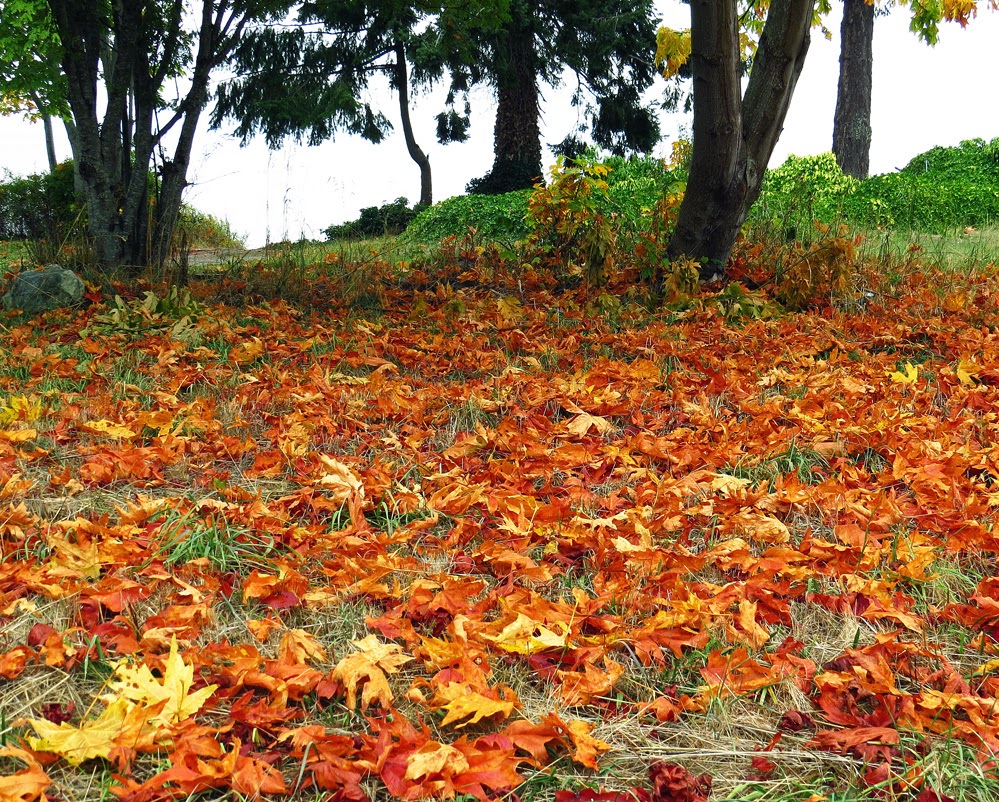 The maples were shedding already 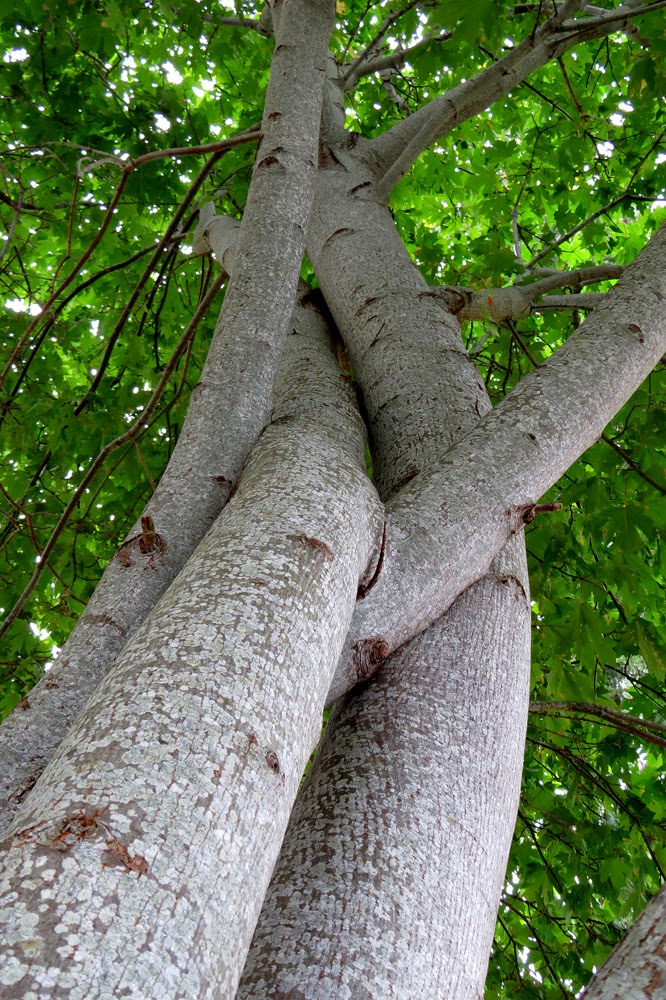 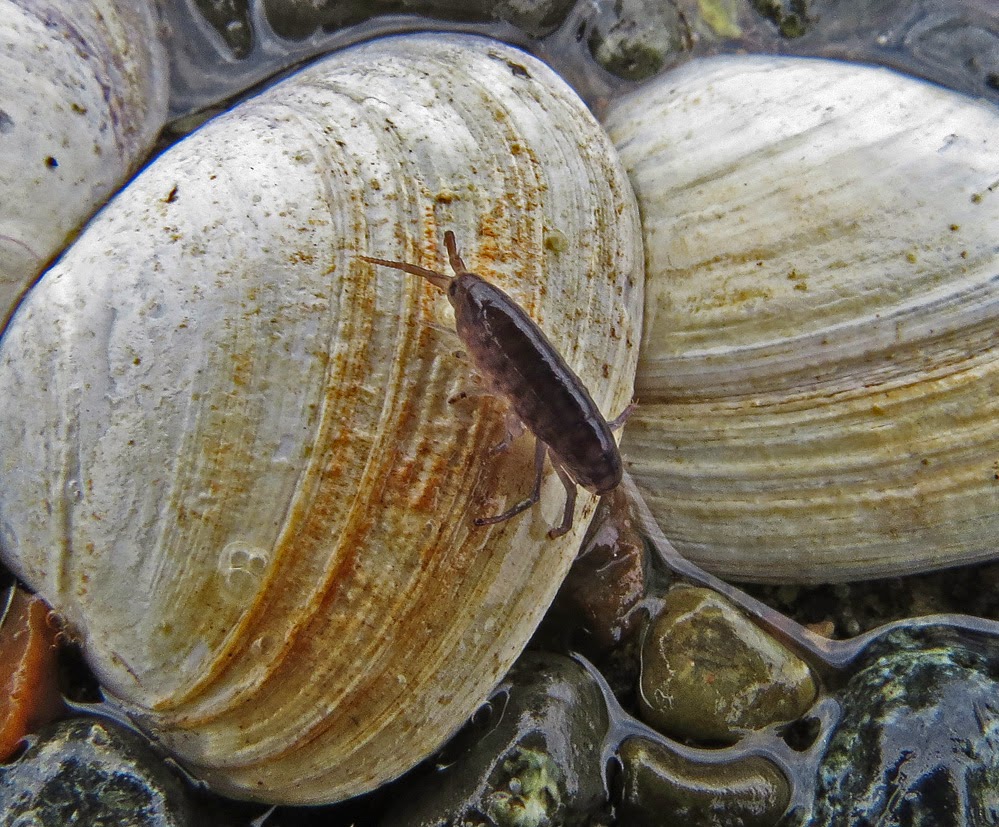 We even saw some wildlife at the beach 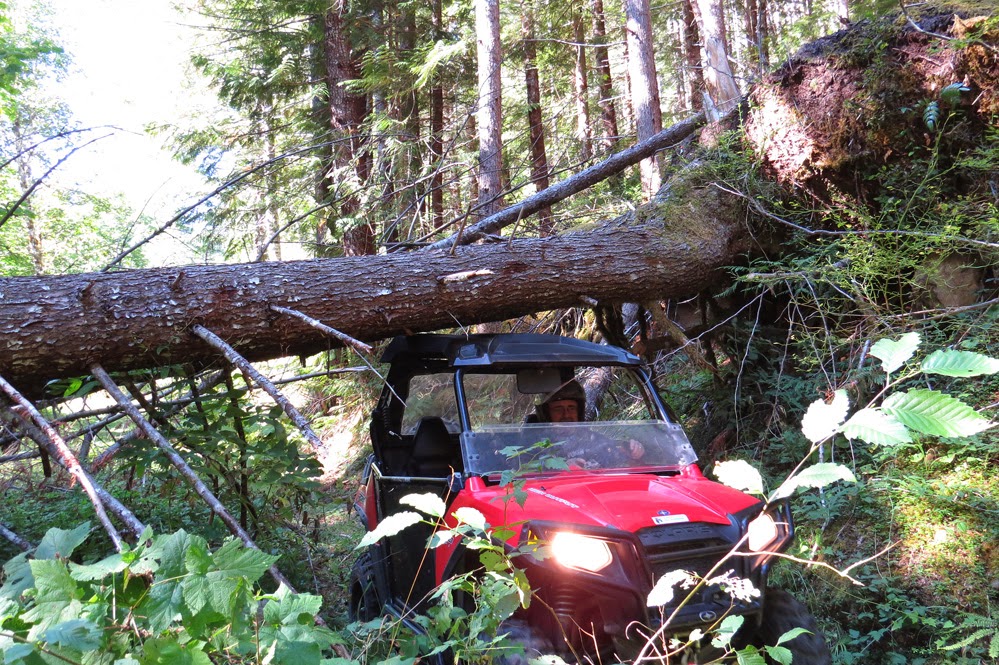 Just made it under 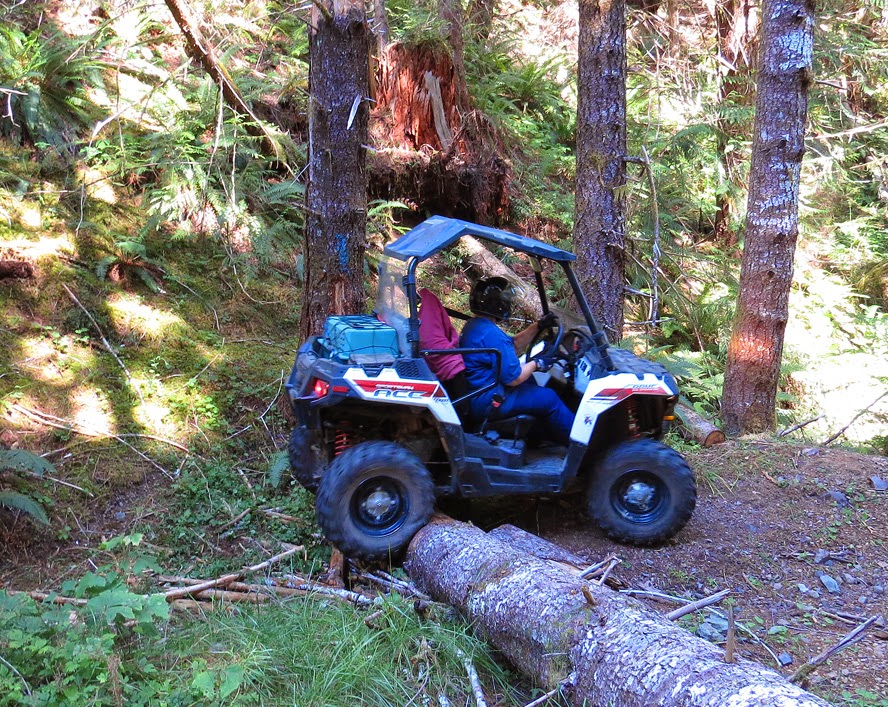 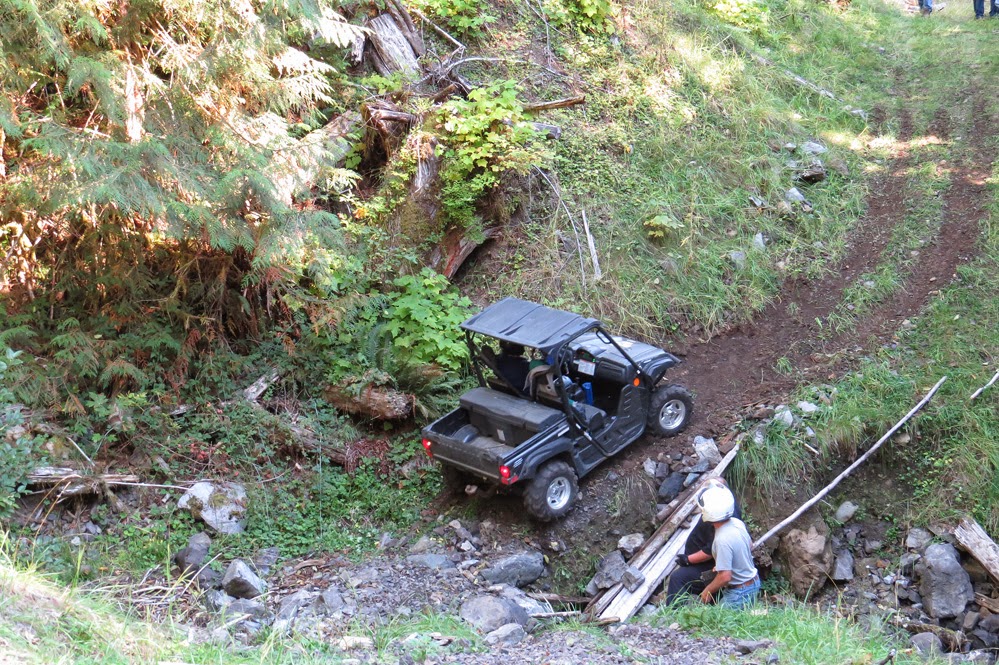 The trickiest part of the trail 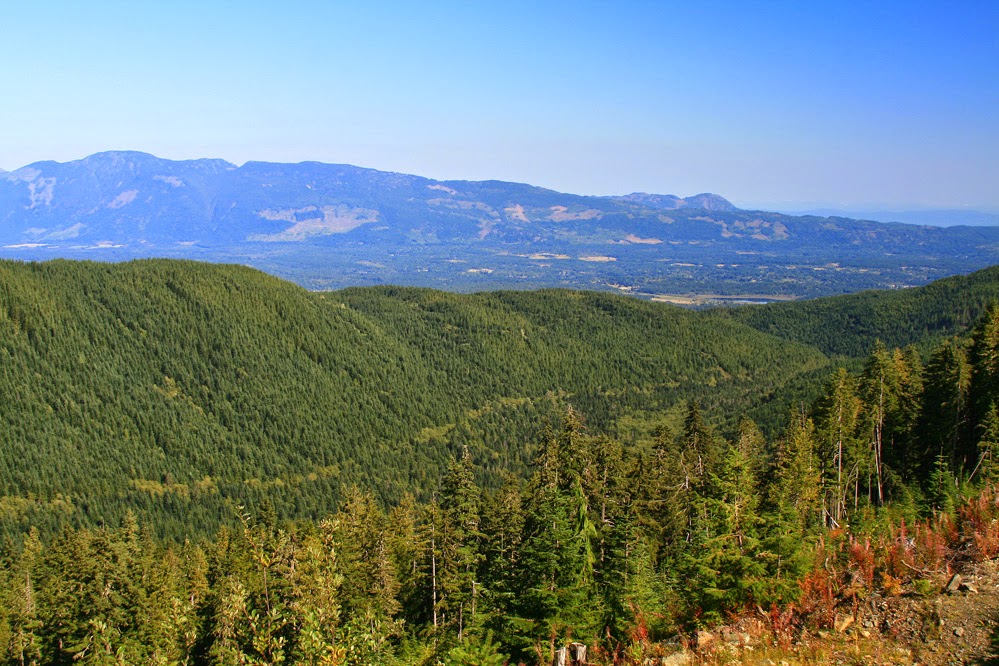 The view down in to the Alberni Valley from near our lunch spot.  That blue ridge in the distance is where we went ATVing a few weeks ago when you saw the photos looking down to the Alberni Canal 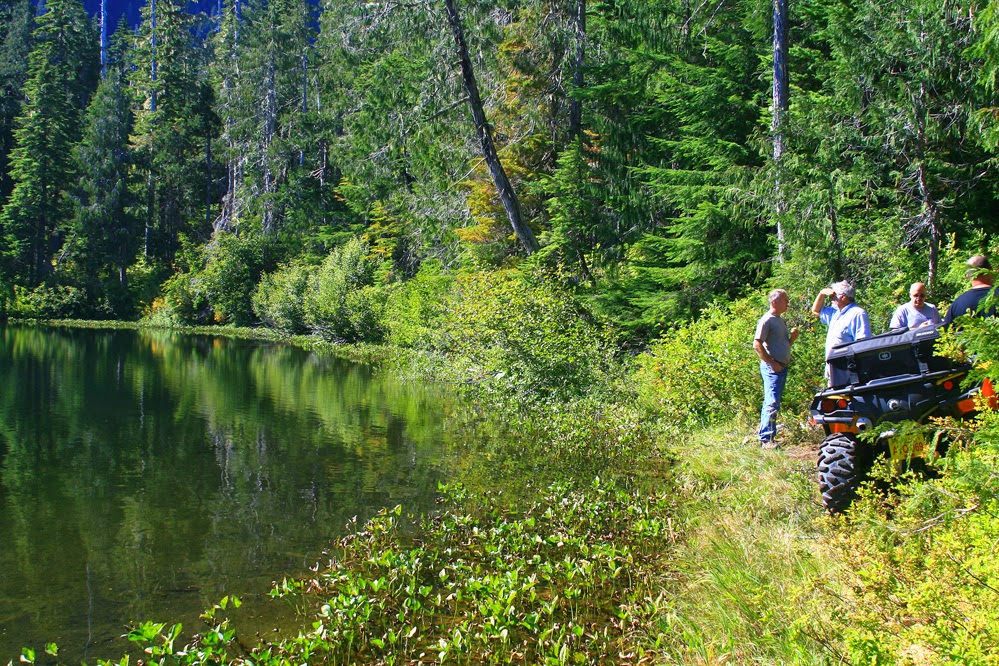 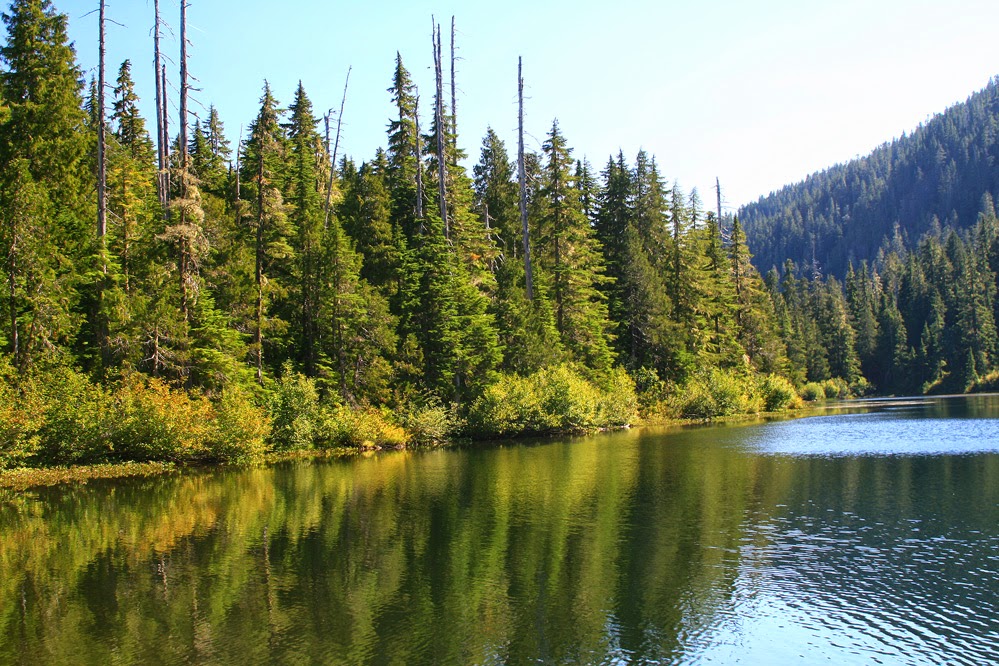 Posted by John and Aileen on the road at 1:18 PM