WASN’T THAT A PARTY! (sorry Irish Rovers for stealing your song title)

Today is Aileen’s 65th birthday.  Our AZ friend Sandi also turned 65 today.  In Honour of the momentous occasion, we had a garden party for Aileen yesterday here at Charlie and Sheila’s.  We ended up with 57 for supper.  While the majority were family, there were some non family friends who also attended.  My cousin Judith was the furthest away guest, coming from Donnelly, Alberta.  Our daughter Beverly managed to make it down from Salmon Arm, gladdening her Mother’s heart.  Son Richard and Georgia are in the middle of a four day visit so we had us all together for the first time in several years.  We took the opportunity to take a family portrait.
There was a ton of food, when you go to a Pickard event, you don’t go away hungry.  There are enough leftovers to last us a few days.  Brother in law John from Port McNeill was the grill chef relieving me of the duty so I was able to spend my time wandering and visiting and taking a few photos.  It was nice to see the new crop of little rug rats and slightly older having a great time playing on the lawn.   A lot of care went into ensuring that the gluten free servings remained uncontaminated and I’m pleased to report there were no after effects felt from that.
Today we went up to Cumberland to attend the celebration of our friend Lynda’s life.  A British immigrant with her husband, Perry, her son Matthew and our son Richard were best friends from Grades 3 to 7.   This was during the time we lived up in the hills above Chase, BC and Lynda and family were further out in the sticks.  Lynda passed away a while ago after several years of declining health.  There was an eclectic mix of celebrants attending today but the one thing in common was their bond to Lynda and Perry from different aspects of their life.  There were some interesting memories shared, mostly quite humourous.
This past Thursday was haying day here.  Charlie ran the rake then baler.  Others of us used two ATVs and two small trailers to haul the hay in and that worked superbly well.  The small trailers were lower to the ground and they were much more manoeuvrable in the barn.  We had 445 bales stacked in the barn shortly after 4 pm so supper was on time.  Luck was on our side as it rained the next three days.
I spent a couple days waxing the motor home using ProtectAll.  It went well but my shoulders are still sore.  I should do what some other RVers do and buy a cordless polisher.   Applying the wax is easy, getting the shine up is a lot more labour intensive.
We went to see Ian Tyson last Saturday evening in Nanaimo and it was a wonderful show. Our son gave us the tickets for the show.  I had longingly looked at going but had trouble spending that much for the tickets. For 80 years old, he still has a great voice and is pretty on the ball still.  He and his two accompanists gave us great instrumentation and harmonies.  After a standing ovation, he came back out and did three more which were about the best of the evening.  On Sunday, we went to a barbeque with the Nanaimo Celiiac Support Group and Aileen thought it was great that there was no chance of cross contamination so she was able to eat without worrying.


We are off to Victoria on Tuesday this week to visit Aileen’s cousin Pat and Irene.  Irene recently took a tumble in her doorway and broke both wrists and one arm.  She also smashed her dentures and cut the inside of her mouth, along with other injuries.  She is home from hospital now.   That evening we will go to Richard’s to celebrate Georgia’s twelfth birthday.  On Thursday, we are thinking of moving up to Cousin Bill’s in Campbell River for a few days then perhaps up to the northern section of the island. 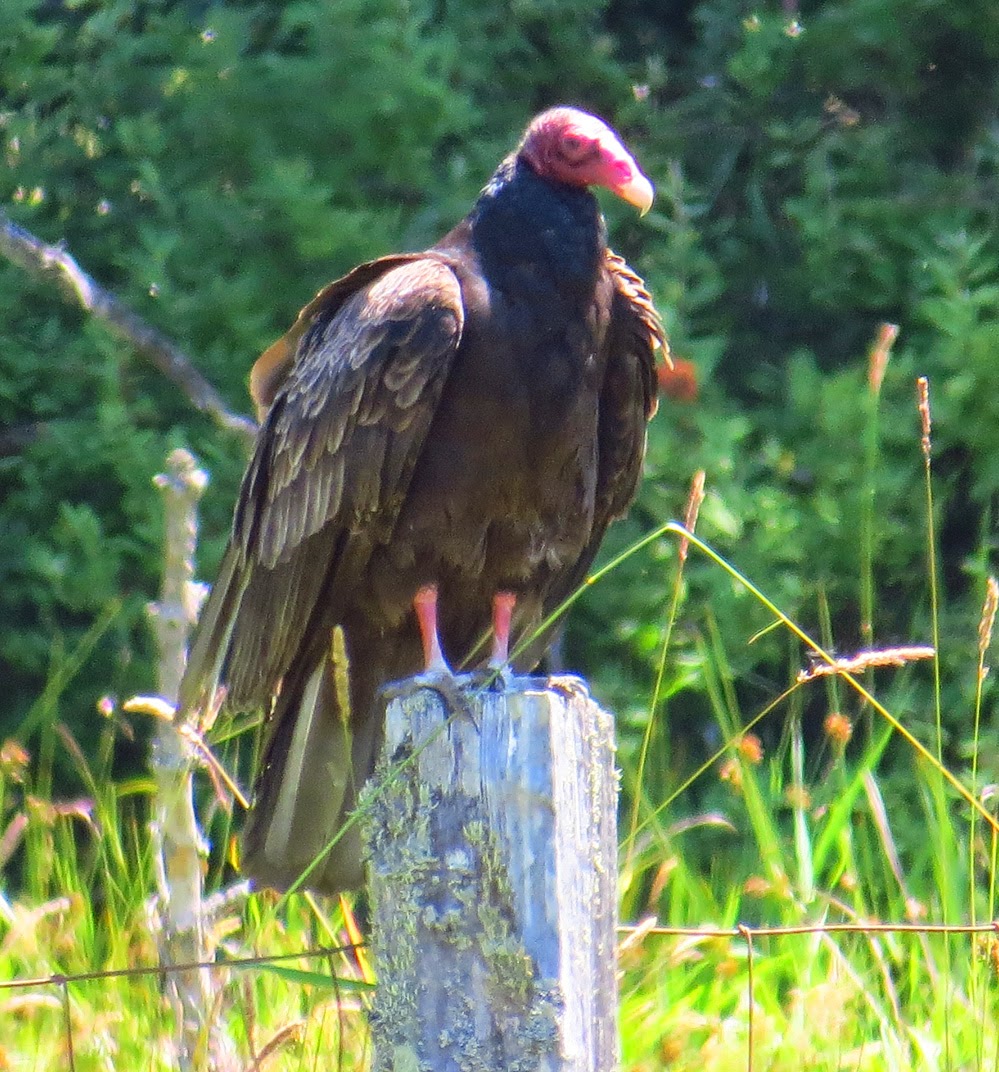 Several turkey vultures came to visit during the haying.  This was a long shot with my SX50 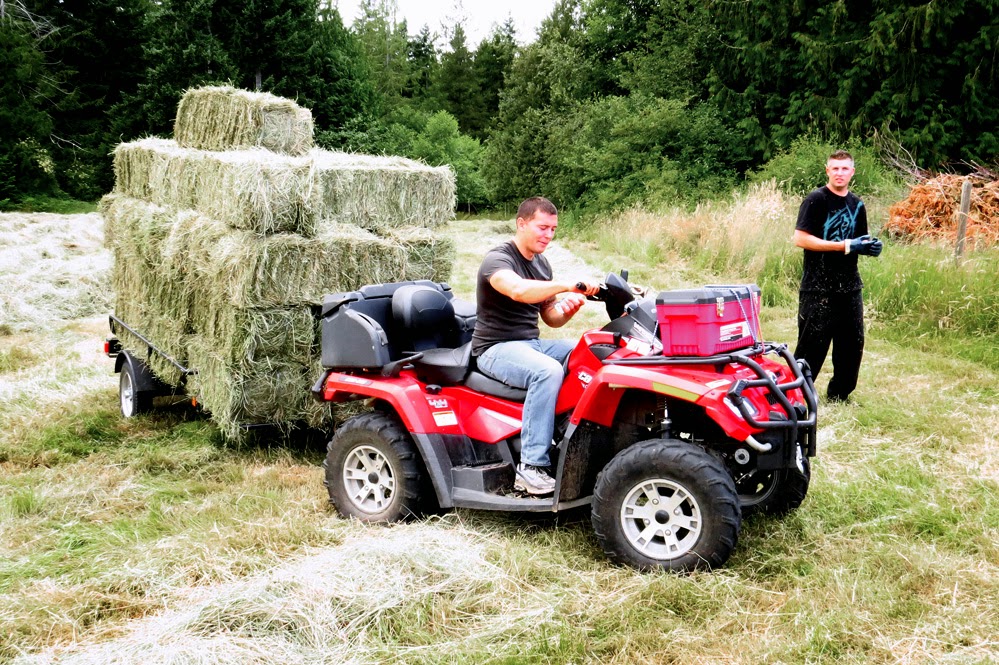 My ATV and trailer getting a good workout 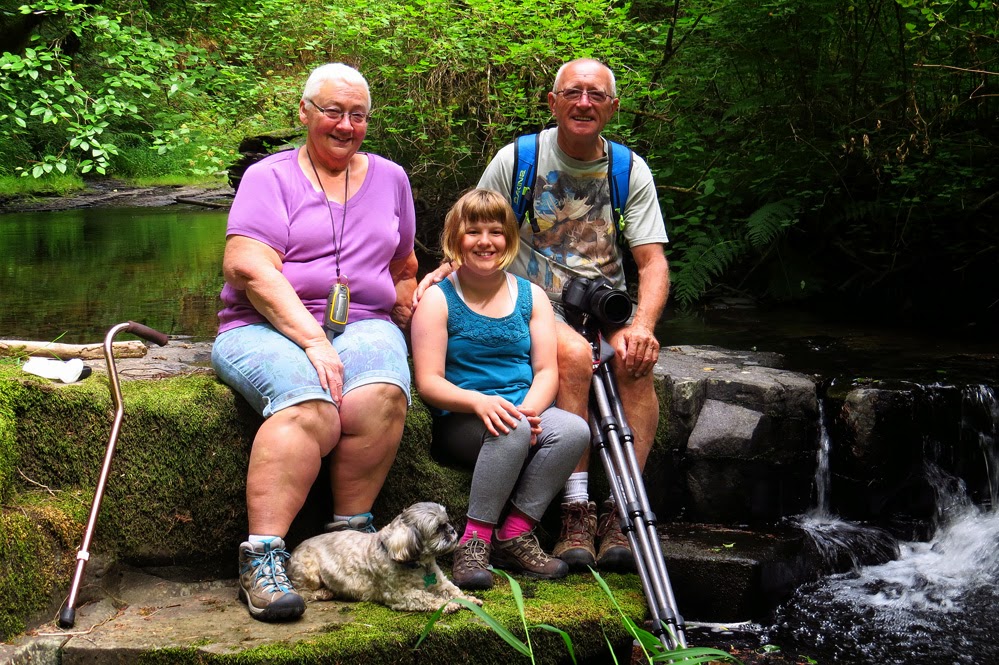 Aileen, Mitzy, Georgia and me at Morison Creek 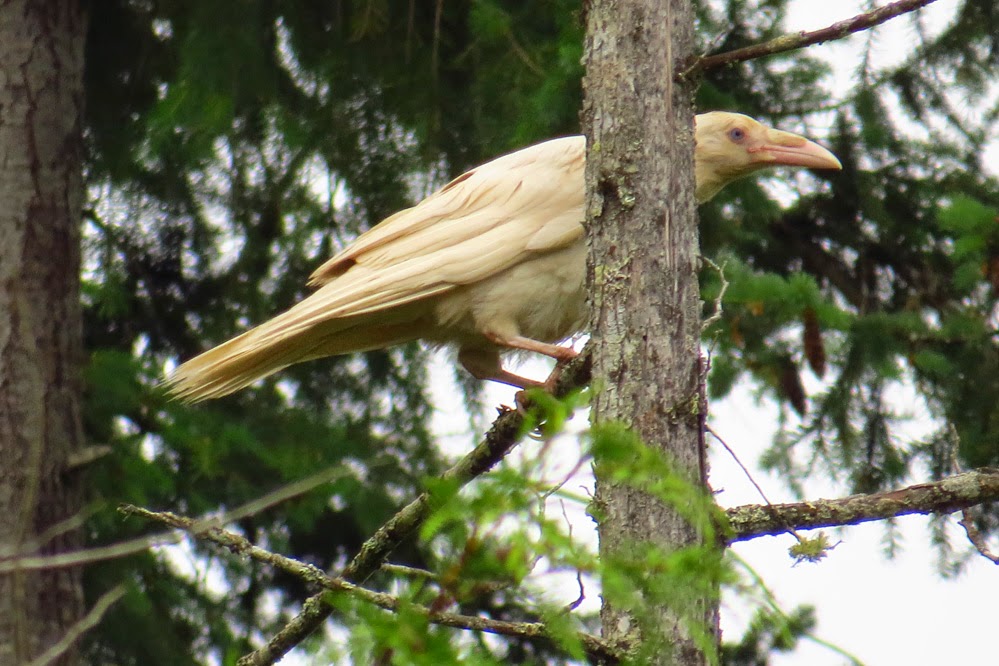 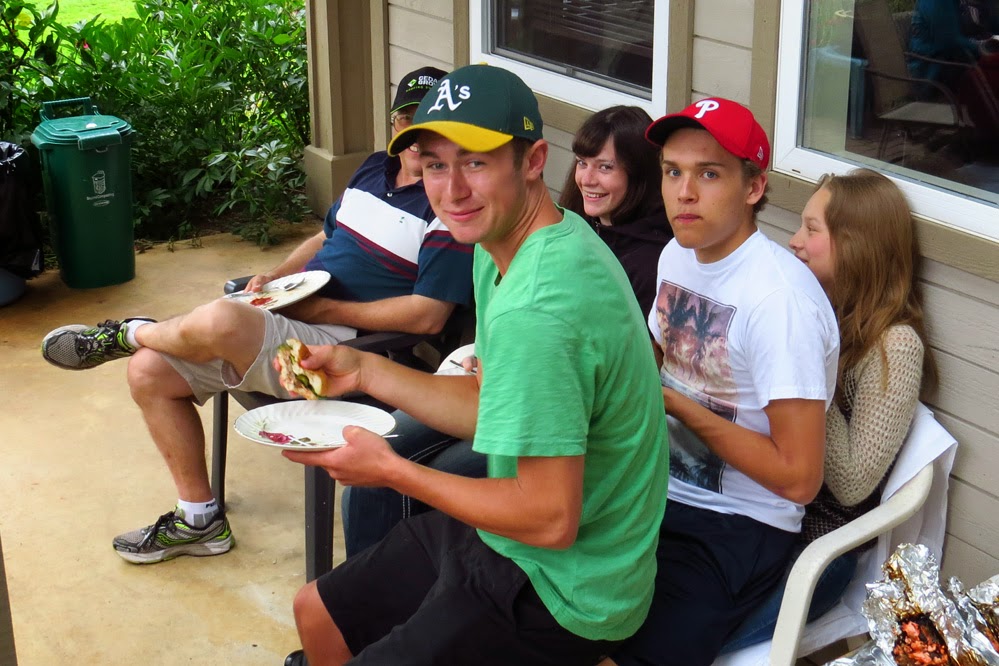 There's a tough little Marie under there at Aileen's party 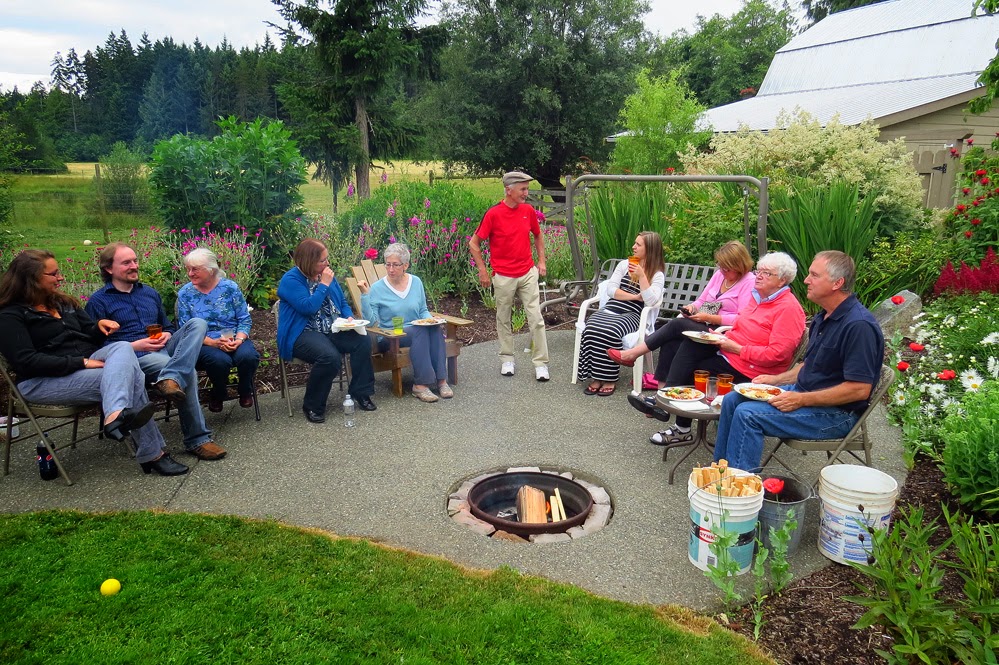 A visiting good time at the party 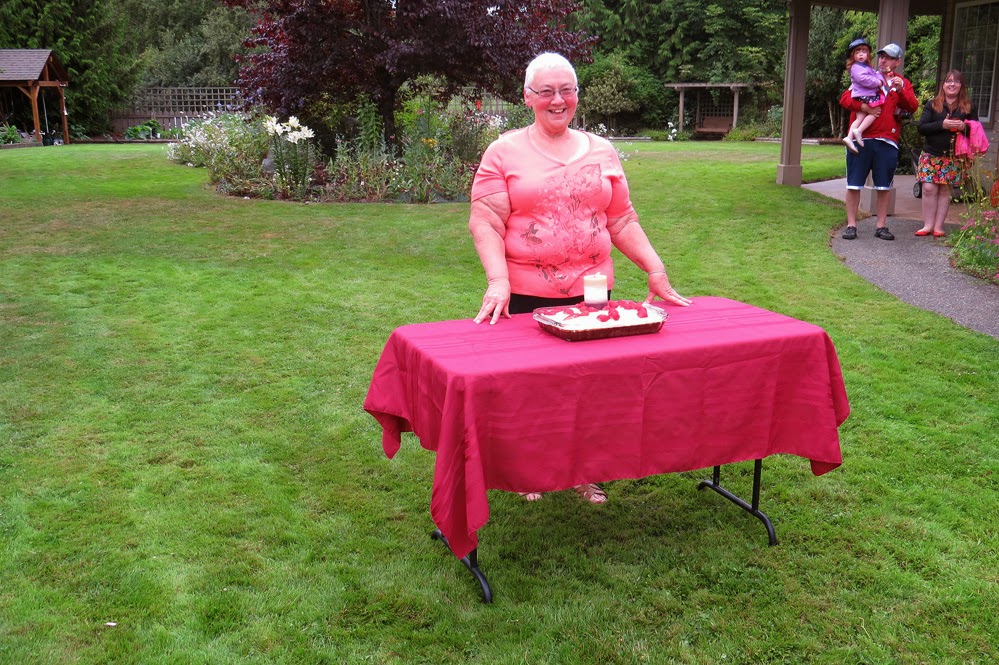 Here's the birthday girl herself with her gluten free cake 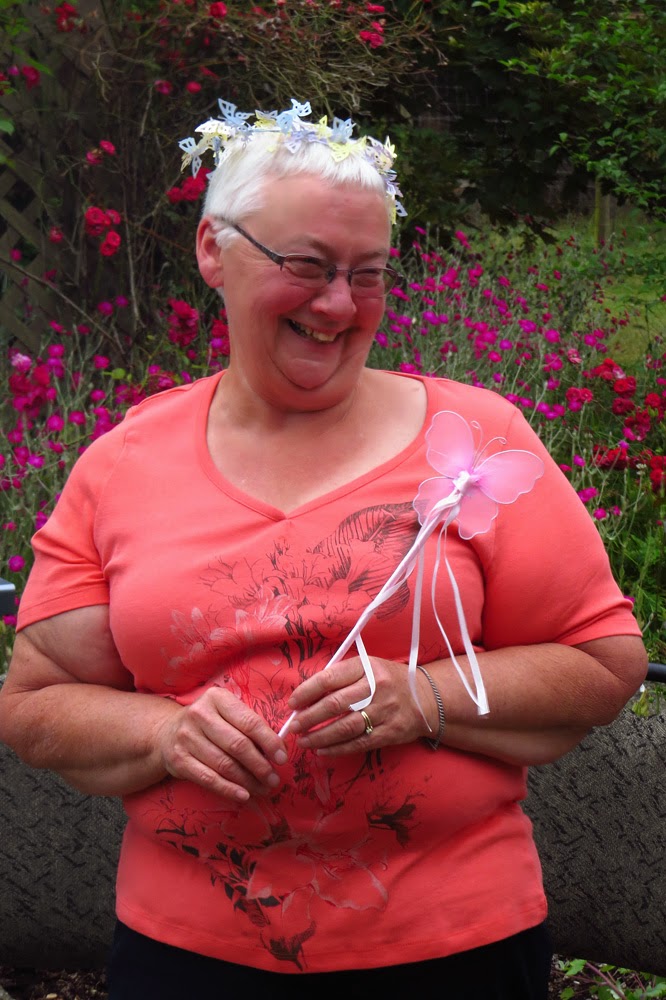 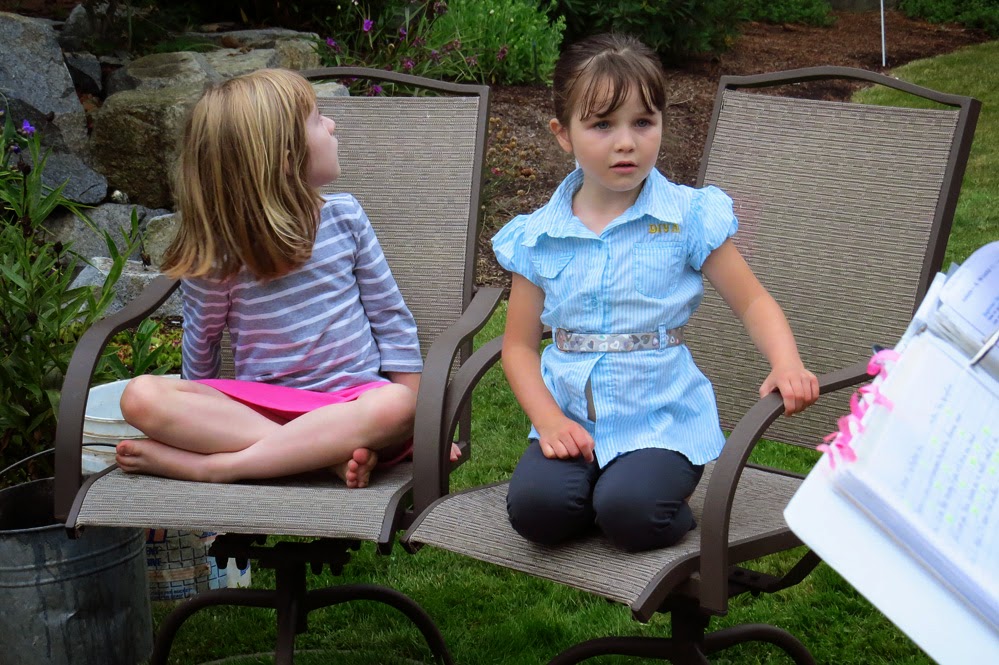 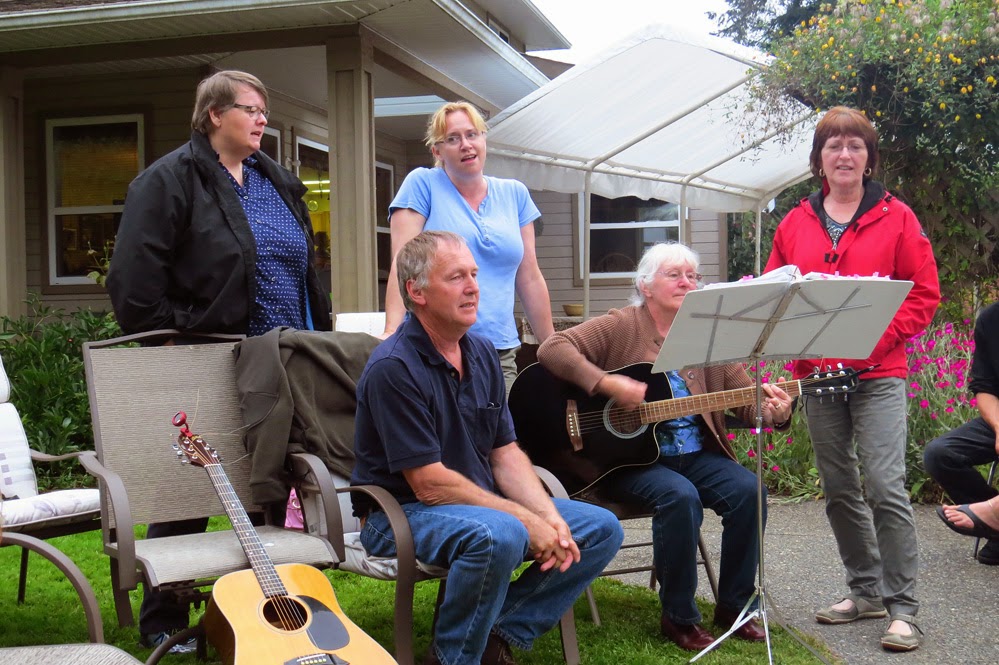 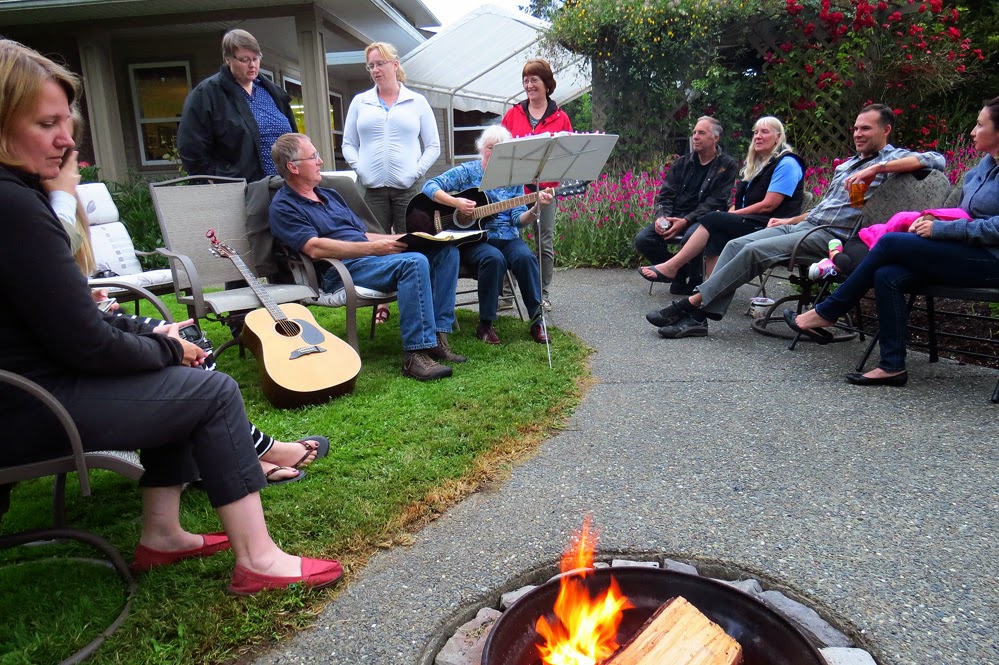 The heat from the fire pit was appreciated on the damp evening.  All of the above shots were taken with the Canon SX50.  The next two shots came from my Canon 6D. 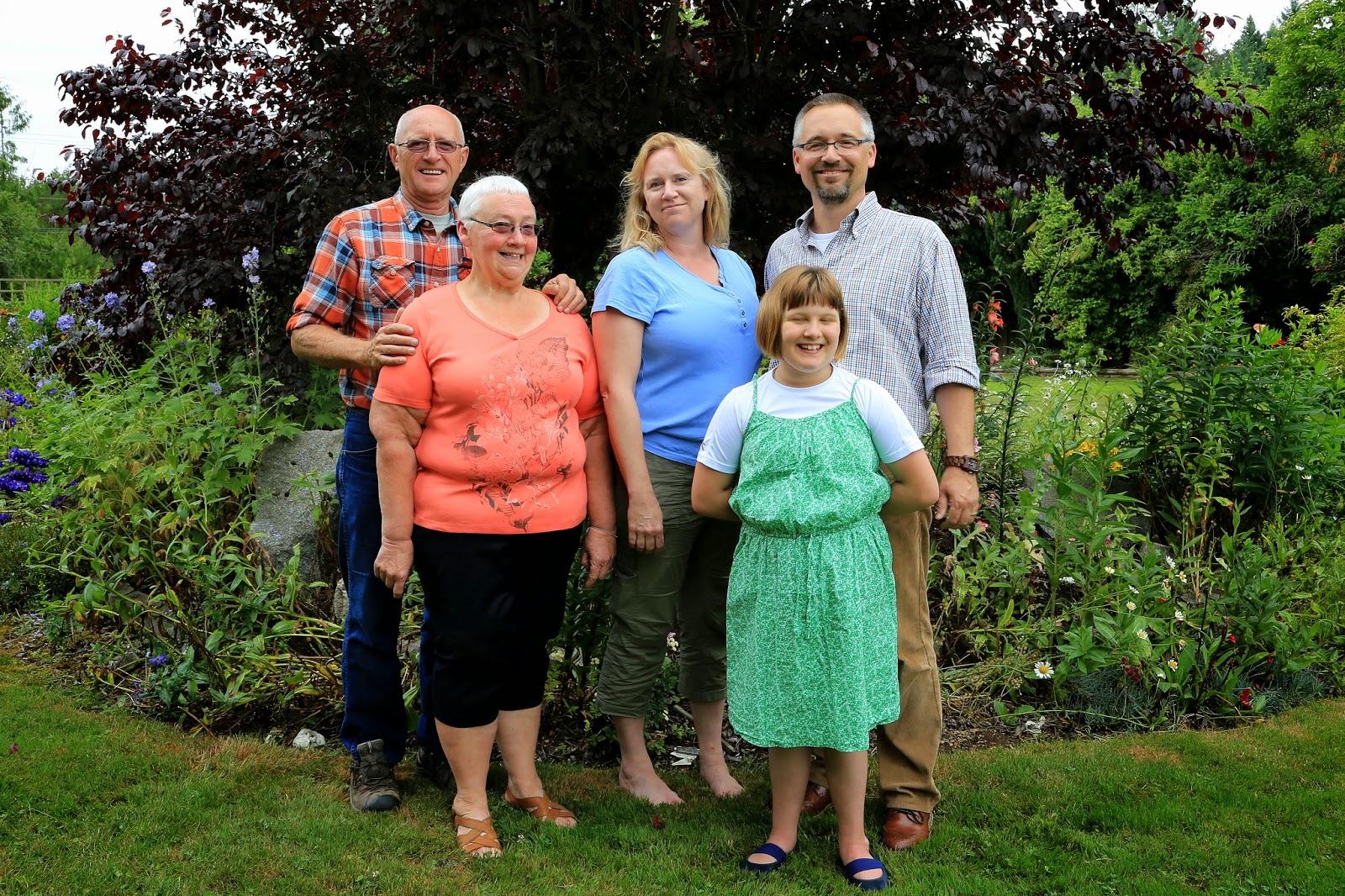 From the left me, Aileen, Bev. Georgia and Richard, daughter, grand daughter and son 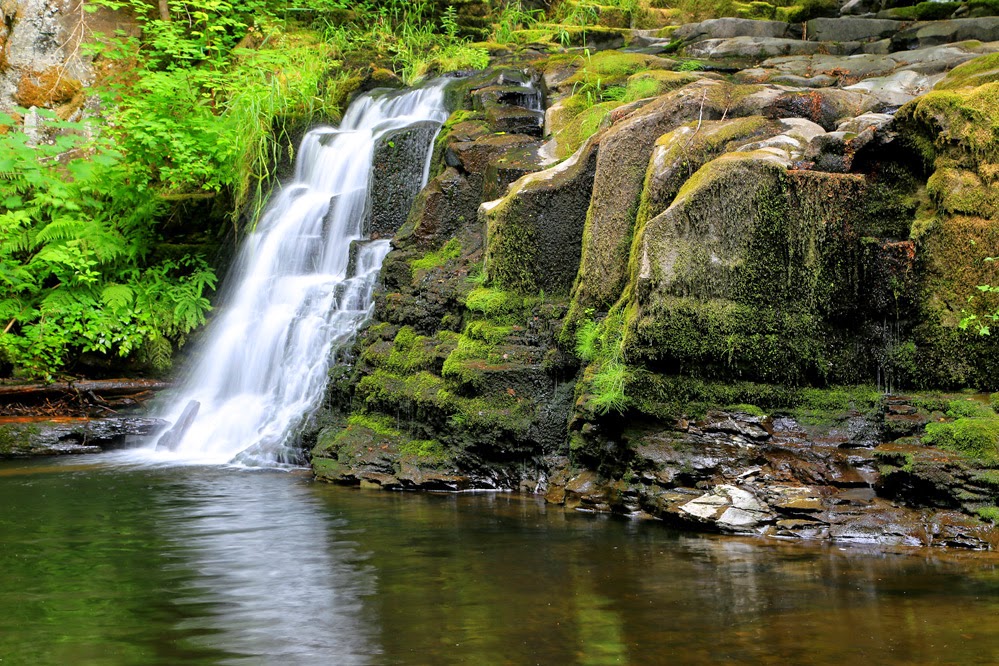 Posted by John and Aileen on the road at 7:32 PM