ARE WE MISSING IN ACTION?

Well, here it is two weeks since I last posted.  It isn’t really that nothing has been happening but a change in priorities.  Instead of spending my evenings doing a blog post, I’ve been working on Mom’s diaries.  Aileen has been madly typing them getting further and further ahead of me so I thought I’d better make an effort to close the gap a little.  My dad started this diary in 1946 before I was born then Mom took it over.  She missed a couple years in the late forties and a bit here and there but she really put out the work.  I just completed proofing and printing 1995 at page 4,856.  Yes that is correct, nearly 5,000 pages and there are still quite a few years ahead of us.  I think we’ve been typing and printing these for off and on for fifteen years!  After spending the evening at the computers working on the diaries, we head down to the pool for most of an hour then it’s nearly bedtime.  So, there went our evenings.
I’ve been out on a few ATV rides and we had our monthly ATV potluck this past Monday evening.  I’ve only made it out once geocaching mostly because it has been a little windy or too warm for doing it on my bike, which I prefer.  I enjoy caching with the ATV but it was too warm for that this week.  We have been enjoying our morning walks alternating between walking in the parks and out in the desert.  I have also been reading in spare moments.  I had a friend over the other day picking my brain about cameras and lenses.  Today another neighbour was wanting help looking at a used ATV in the next park then comparing it to mine.
One day last week we went to Picazzo’s Pizza way up in Phoenix.  It was over 70 miles which is a long way to go for a free birthday dessert.  They’d emailed me a coupon and I thought lets go for the outing.  It took way longer than planned as we ran into road construction twice.  The dessert was very good though!  We did manage to do some needed shopping at some interesting and different grocery stores.  We even found a couple of hard to find items.


I’ve taken care of several items of business such as paying our property taxes on the lots here, giving new bank info to the city, closing our old bank account, renewing my ATV insurance and more. Some interesting lichen on the way up Poston Butte 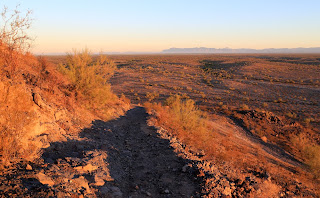 The trail up Poston Butte.  That is Superstition Mtn in the distance, home of The Lost Dutchman Mine.  Apache Junction is just to the left of it then Mesa and the rest of Greater Phoenix 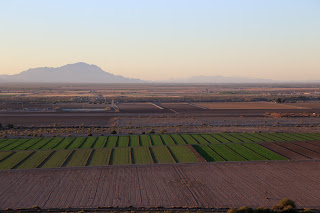 Alfalfa fields to the south of Poston Butte.  Florence is just to the left 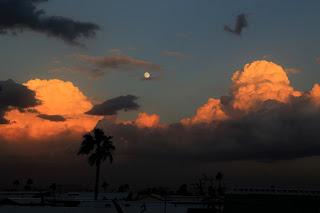 We had some neat skies to the east tonight 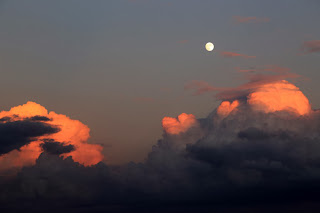 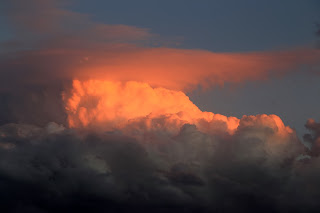 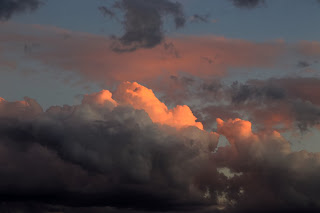 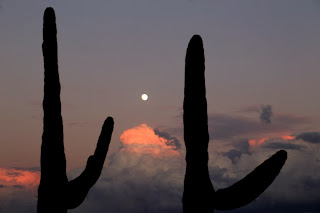 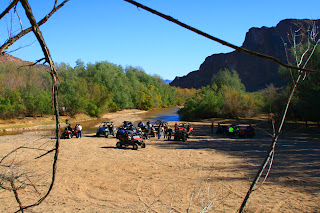 Rest stop along the Gila River 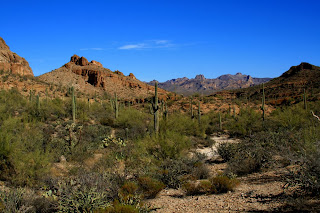 Some of the beautiful country we ride through 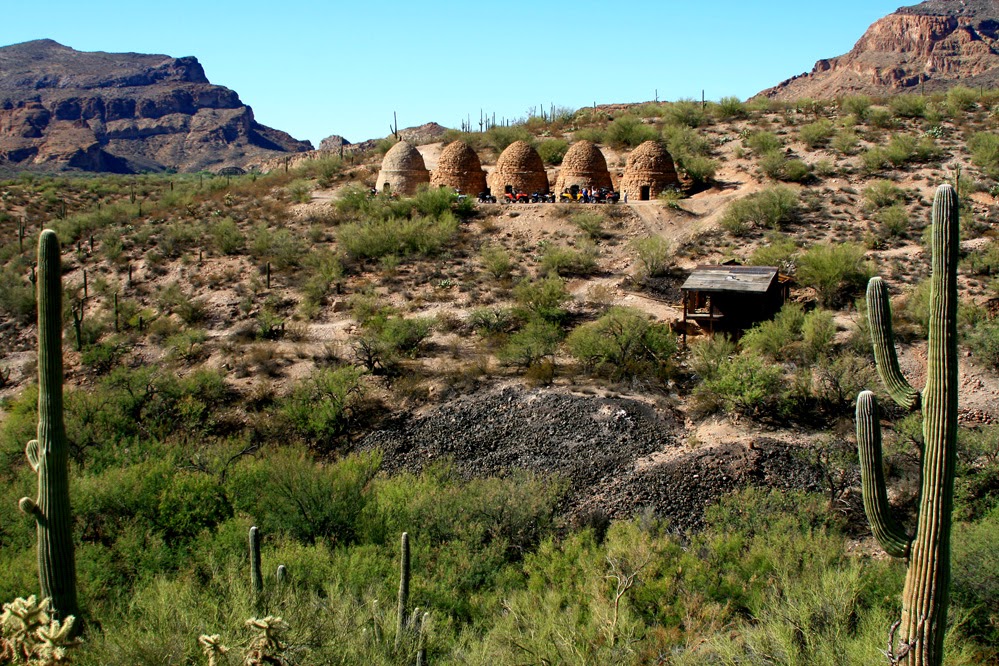 My group at the Coke Ovens 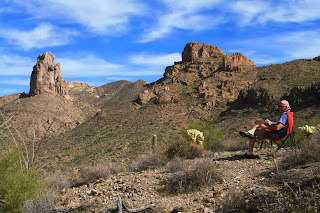 My neighbour Jim dining with a great view 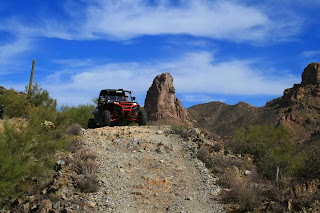 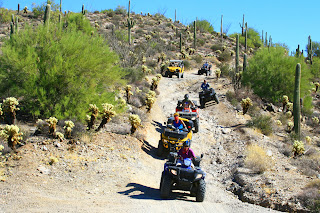 Posted by John and Aileen on the road at 7:05 PM