Our 2013 time in the Shuswap is nearly at an end.  We hope to leave here on Thursday starting our trek south to the warmer country.  We won’t get too far before parking for a few more days though as we’ve been invited to spend Thanksgiving (Canadian eh?) with friends in Penticton.  It would appear that we won’t cross the border now until Tuesday the 15th at the earliest.  We are targeting around November 1st for our arrival in Caliente.  We don’t want to get there while it is still overly warm.
We took our CPAP machine memory cards in to our respirologist the other day and Aileen’s oxygen levels were great.  Mine however were way worse.  The short story is my doctor got me in the same day the respirologist contacted him and I am now trying a different type of machine which is supposed to prevent my stopping breathing so many times a night.  The machine and I had our differences the first night but last night seemed much better.  We have an appointment with the respirologist in Vernon tomorrow and if the trial was successful, I will be coming home with a new upgrade machine unless he has to order one which would take a couple of days.
Tomorrow is our 46th wedding anniversary.  It is actually 49 years and 3 months since we started dating!  Hard to believe it’s that many but I guess that’s what happens when you get married a little younger than some.  We’re going to Bev and Kev’s for supper tomorrow night.


I washed the motor home today so I think we’ll pop into Bev’s tonight so I can slip into their hot tub and soak my tired muscles.  Aileen went to her church in town this morning for the last time this trip and got to say her goodbyes.  She has several close friends there and elsewhere in Salmon Arm that she keeps in contact with.  I stopped in at my old workplace the other day for a refresher on why it is so nice to be retired!  I got to chat with a couple of former work mates and a few of the truck drivers I used to know.

The photos are drawn from my recent archives 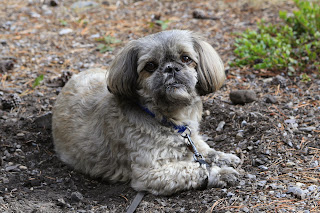 Georgia, Mitzy says hello to you 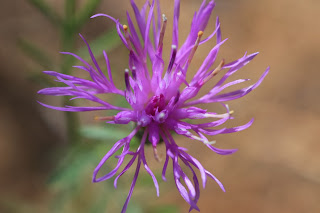 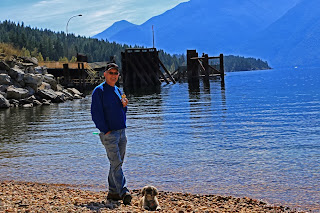 While we were waiting for the Kootenay Lake Ferry the other day, a girl from Manitoba insisted on taking our picture with my camera.  Georgia, can you see what's in Granddad's hand? Yumm! 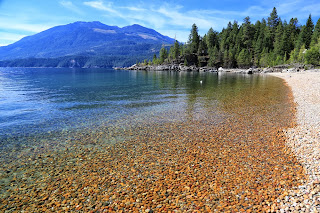 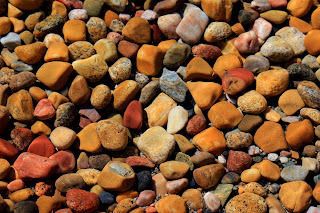 Looking directly into the water from the shore

Posted by John and Aileen on the road at 5:11 PM