I helped Chas pull some big fir and pine trees down.  He ran the power saw cutting them and I was on the backhoe with a long cable attached to pull the tree in the right direction.  Several of them were leaning over the neighbour’s fence.  They all landed out in the field where we wanted them.  A few were dry so they helped get the woodshed full for this winter.  All the green wood we bucked then hauled down to the drying area where the wood splitter will assist in chopping them into smaller pieces for the wood heater for next year.
I’ve been out geocaching several times this week including once will my brother in law John H who is just getting started in the activity.  We had a nice walk on some trails in his neighbourhood.  Mitzy and I did a couple of interesting forest hikes in search of caches.  One was about two kms and today’s was about three kms.  We didn’t see any other people on either walk which was nice.
I read online about an insurance company that sells ATV insurance at a reduced price if you are a member of a club.  After doing further online research, I found that one of the local offices handled the insurance and one of the employees was actually an ATV club member and could sign me up on the spot.   For $65 I got membership in both the ATV Association of BC and the Mid Island ATV Club based in Nanaimo.  Even after paying the club fee, my cost is less than half of the $675 per year my own insurance office had been charging.  I do have less coverage but feel I have what is required, nothing more.
It happened the Mid Island Club was having their first monthly meeting of the season that very night so I went and had supper with the group and attended the brief meeting.  I liked the fact the meeting was short and to the point, not long and boring.  There is a poker run coming up on the 29th of this month and a club ride the next day so I hope to participate in both.  I booked us in the Qualicum Bay RV Park which apparently is very ATV friendly, as that is where both events are based.
We’ve been doing some major housecleaning in the motor home.  Aileen has washed and waxed cupboards and I vacuumed everything including blinds.  It’s amazing how dusty it gets in here.  I guess some of it is from the pets and some is sucked in by the fans in the warm weather when we have windows open.  It is five weeks tomorrow when we are planning to head south for the winter.  I’ve been researching travel insurance and am amazed at the wide variance in pricing.  Some companies are paranoid about the Valley Fever I had a couple years ago.  One company quoted me over $3,000 for a six month policy whereas another said, no problem, $647!  Same thing with Aileen’s MS, the rates are all over the place.  So far it is cheaper to use a different company for each of us. 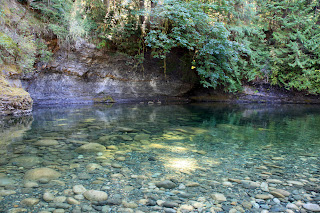 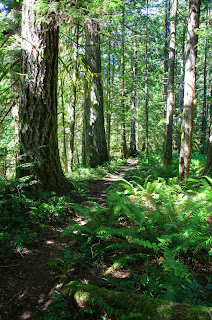 The trail along the river 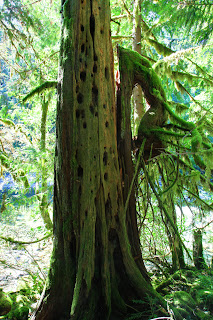 The woodpeckers love this old Cedar on the river bank 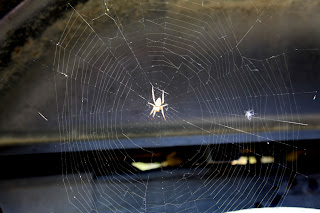 Apparently our truck had been sitting too long.  This was in the wheelwell 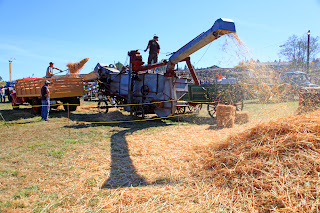 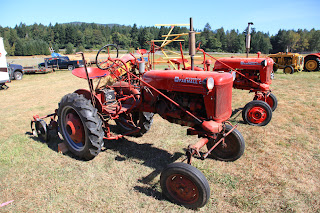 These two old Farmall Cubs brought back some memories for me.  I learned to drive one of these when I was just five years old. 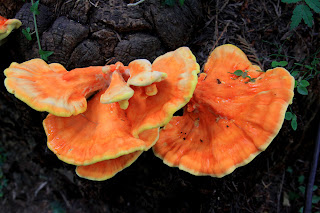 Spotted this beauty in Rathtrevor Beach Park yesterday while geocaching.  I think it is a Coral Fungus

Posted by John and Aileen on the road at 8:02 PM