ROAD TRIP TO THE NORTH OF GRAND JUNCTION

We went for a day long drive north then east of here via  Highway 139 to Rangely, Meeker and Rifle then back on I-70.  I think it was about 390 kms.  Only took 63 pictures so about 30 subjects today.  We had a leisurely trip up to Douglas Pass and at the high point, we took the gravel road up to near the microwave tower for some great views.   There were a few old buildings I would like to have worked with but access was denied.  There were lots of interesting rock and clay formations throughout the drive but often no parking accessibility when I needed it.  We were impressed with the large flock of sheep in one field.  We got home about 4:30 just in time for Mitzy to have her supper and Aileen to put her bread on. 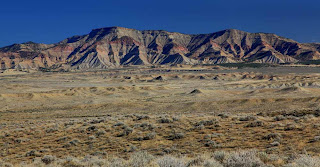 This is the North Fruita Desert 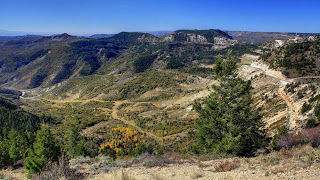 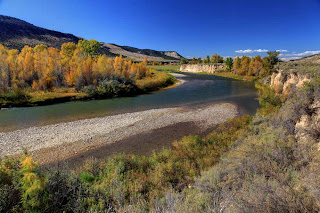 Along the White River north of Meeker, CO

The large flock of sheep 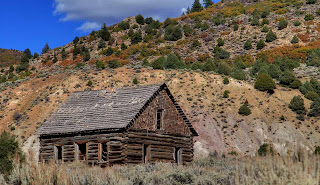 Posted by John and Aileen on the road at 7:31 PM