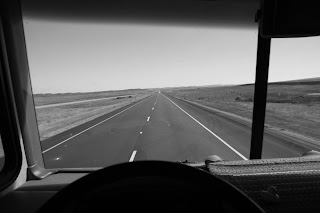 We drove a lot of this big sky country in Montana, Wyoming and northern Colorado 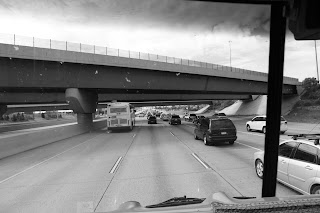 Aileen shot these two pictures of the massive traffic going through Denver.  Our friend Char said we should use the toll road.  We were thinking maybe we should have as this went on for a long time 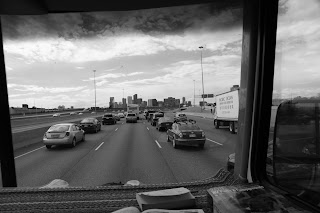 Well here we are in Colorado Springs, CO right on schedule (dang, there’s that plan word again) and it felt like a long way.  It was 2610 kms (1631 miles) and seven days.  There was so much construction on the whole route.  It’s not too much fun driving for many miles at high speed and restricted to single lane, often on the opposite side of the freeway with nothing but some plastic cones between you and the opposing traffic who are doing 65mph or more.  I was amazed at the number of hills there were as the interstates tend to follow the contours which made it difficult to use cruise control for extended periods.  The rig wanted to downshift too far too early which was noisy.
We had three nights with noisy campgrounds too close to the interstate and three night with quiet ones.  We are crammed cheek by jowl in our site here in Colorado Springs but it is pretty close to my conference location.  The hotel is six miles from here and three of it is on the interstate so about nine or ten minutes driving depending on lights.  Aileen will be able to take her scooter and explore Old Colorado City which is only half a km from here.
I went and found the conference hotel after we got set up this afternoon and got my registration package.  After supper we went for a drive and found ourselves in the Garden of the Gods.  The light was interesting so I did some shooting.  I’m going there on my tour tomorrow afternoon and evening so it will be interesting to see how it compares. 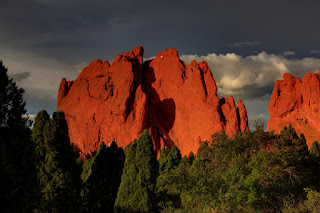 These are all at the Garden of the Gods 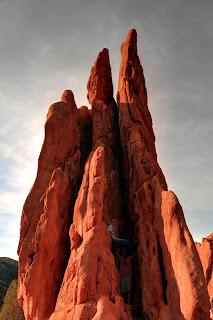 These guys were posing for someone else 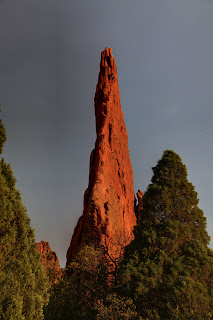 There is a young girl climbing up near the top 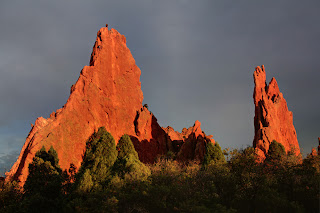 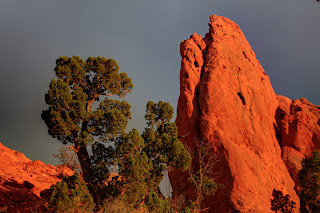 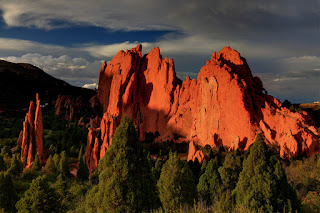 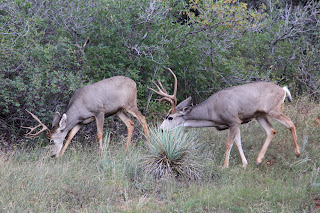 A pair of many deer we saw.  The big guy on the right appears to have a broken left hip as the leg stayed in that position. 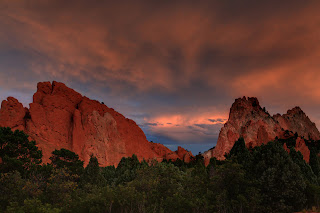 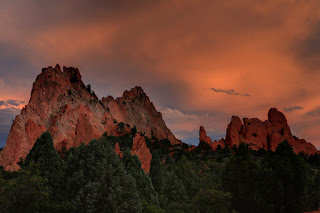 Posted by John and Aileen on the road at 7:40 PM