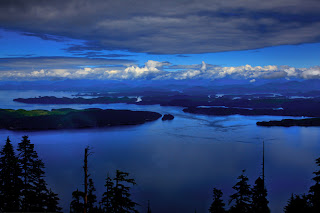 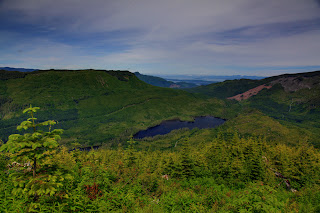 Overlooking Ida Lake out to the coast, we are parked at the right end of the lake 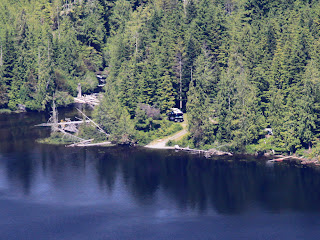 Zoomed in with the 400 mm lens then cropped tightly in Photoshop, that's our motor home in our spot.  The white tarp to the right is John and Anne's site.  The Kokish River is flowing out of Ida Lake to the left 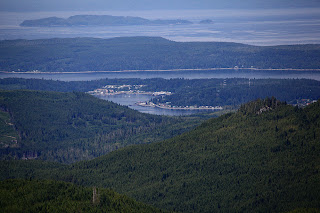 A long shot with the 400 mm lens showing Alert Bay which is on Cormorant Island.  There is a large body of water not shown separating Alert Bay from Vancouver Island.  The foreshortening effect of the telephoto minimizes the separation. In this shot, Alert Bay is nearly twenty kms from where I took the shot 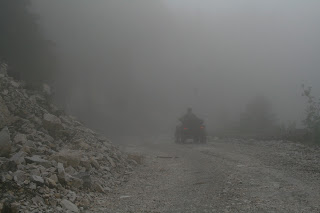 Up the mountain ATVing in the fog 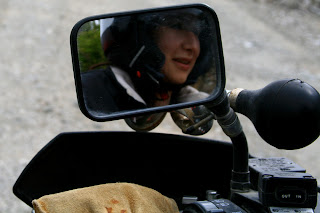 Shaunee looks to be enjoying driving the ATV 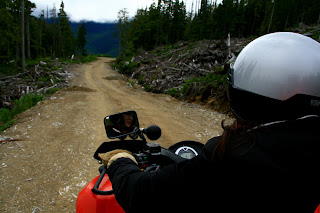 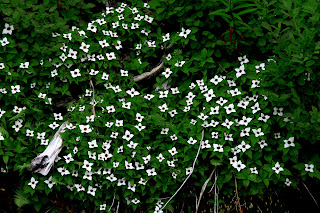 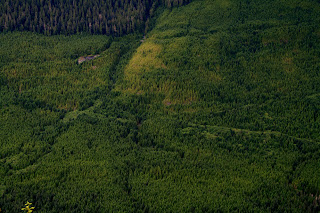 Looking down on reforested land 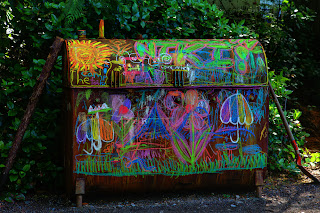 Someone made a grill out of an old oil barrel and left it in one of the campsites.  The grandkids had a ball using their sidewalk chalk 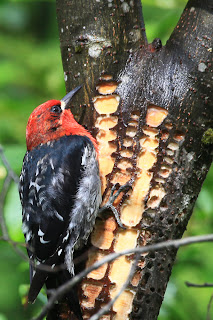 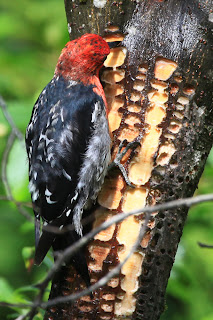