WE RETURN TO NORTHERN VANCOUVER ISLAND 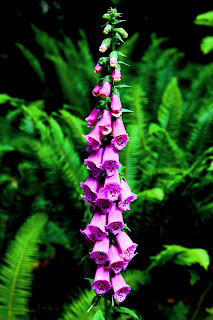 Foxgloves seen on a forest walk a few days ago 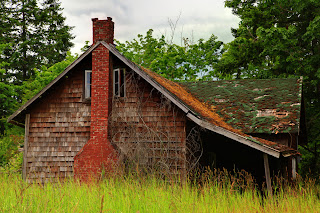 An old house near Coombs, BC 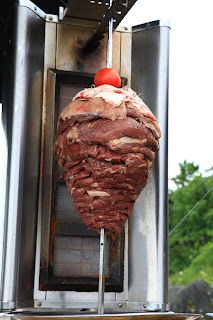 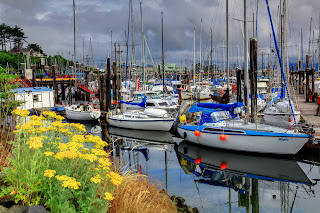 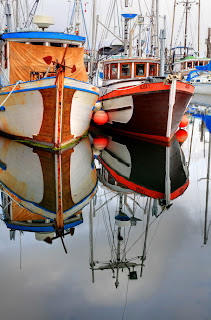 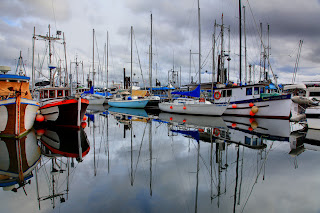 Part of the Campbell River marina complex
We have booked in to Cluxewe Campsite on northern Vancouver  Island for the next four weeks.   Over the next while we plan to visit some our family who live in this area.  I am hoping to get out on my ATV numerous times but we shall see.  It is going to be a frustrating month communication wise as the aircard doesn’t seem to want to work here at the campsite.   Overall, the aircard situation is our biggest issue living this lifestyle.  Aileen’s sister Anne and John came out for supper last night so we had a good visit.  They are both working still but John is counting down the days as August 31st is retirement.   We are parked right across from their trailer in Cluxewe and I imagine they will be here for the weekends.
Since the wedding things have been busy.  I had to replace the coach water pump.  It was leaking internally but the main issue turned out to be a bad connection which I found after removing the old one.   One of the little clip plugs had been overheated and melted the plastic around it, probably not crimped tight enough allowing it to arc across.
I took the Honda CRV in for a service and was informed both rear tires were separating and all the tires were already down to 5/32” which is not very good for about 31,000 total kms.  Cheap Bridgestone crap was used for the original tires.  After shopping around a fair bit, I put on a set of Michelin Cross Terrains.   I also picked up a spare tire and wheel for the little ATV trailer.  I gathered pieces to make the ATV and trailer more secure to try to prevent it from being stolen.  ATV theft is rampant in BC made more so because of the lack of regulation and registration of ATV’s.  That was supposed to have been introduced this year but I haven’t heard anything lately about the implementation.  When I bought the ATV trailer, I noticed one tail light was not very bright.  The dealer ordered me a new light assembly so I installed that and a jack on the reach which greatly eases the hooking and unhooking process.
I spent another day taking the ATV for its 100 hour service in Courtenay.  We went to Campbell River and had lunch with Cousin Bill.  Since the shop was running late when we got back, we visited my Aunt Isabelle in Comox for awhile.   She is doing well except for the onset of forgetfulness which she is concerned about.  We found a great restaurant in Courtenay for supper called Union Street Grill.  They really cater to gluten intolerant people so Aileen was able to have a tasty meal.
I had a few days of some type of allergy situation where one eye and one nostril ran constantly.  Aileen is still having bouts of severe back spasms.  We had arranged to get together with Heather, the lady we bought the motor home from while in Campbell River but she was in the hospital and transferred to Victoria yesterday for heart surgery.   We did get to visit with her sister Sharon and Earl to get updated on what was going on.  She has a lot of medical problems for a lady barely into her 60s.
We spent four nights driveway camped south of Campbell River in Bill’s driveway.  His wife was Aileen’s cousin and they had been married over 50 years when she passed away two years ago.  Bill had his annual barbeque on the Saturday evening but we had to have it inside since the weather did not cooperate.  I was in charge of the barbeque and a great selection of food was brought and shared.
When we were driving from Parksville to Campbell River the other day Aileen was driving the car and ATV following  me in the motor home.  At one point about 40 kms along the freeway, while she was about 20 car lengths behind, the motor home kicked up a rock which made a nice crack on the Honda windshield.  Aileen said she saw the rock go way up in the air before landing on the windshield.  She said if she had been following closer, it would have gone over top and missed her.
Yesterday was gorgeous for the drive up and in Port McNeill but today we are having low cloud and drizzle with some rain.  I managed to get online for awhile this morning but the signal wasn’t strong enough for posting my blog.  I’m sitting in Port McNeill to do my post.
Posted by John and Aileen on the road at 3:34 PM