GETTING SETTLED IN CALIENTE 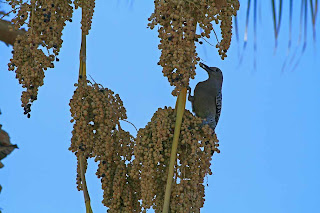 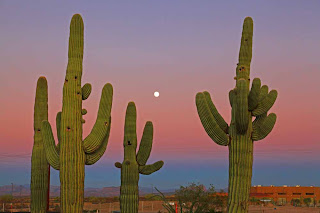 The full moon the other evening at the front gate 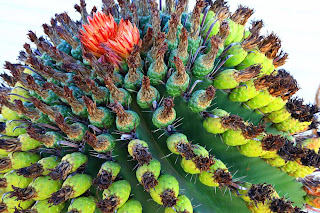 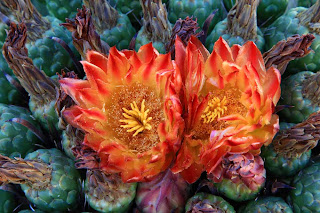 Close up of Barrel Cactus bloom

We spent several days cleaning both the inside and outside of the travel trailer and the outside of the park model. That was a big job we’re glad to be finished. Lots of interruptions to visit with neighbours, so we got to rest sometimes. We are enjoying being able to spread out a little. I have all my photography and computer stuff out in my “lab” which is an un-insulated aluminum shed. It works for me. It’s nice to be able to have everything accessible.

We have run into a problem with the ATV. The new 2009 regulations require all ATVs to have an offroad decal which is affixed to a license plate. The motor vehicle branch is telling me I need to provide an import document. The Federal Customs people don’t know what MVD is talking about. I don’t either as I’m not bringing it across permanently, just for the winter then it goes back to BC. After exhausting both MVD and Customs, Customs suggested I contact Fish and Game who actually drafted the law to see what they had in mind for Canadians. So far, I have been unable to connect with someone high enough up to know anything. I’ve wasted two days on this so far and driven to both Coolidge and Casa Grande. I managed to get it inspected and passed. There were two other Canadians at Casa Grande the other day with me who both failed at getting registered. I keep telling everyone I speak with that there will soon be hundreds more Canadians in the same predicament as me so they better get the procedure figured out.

I celebrated my 63rd birthday yesterday by getting up early and taking my photo cards to the bi-monthly sale in the clubhouse. It’s a good thing the tables are free to residents as I only sold six cards and those were to one woman. There are not that many people here yet so things will probably improve as time goes on. I seem to have volunteered to teach photography this winter so yesterday I set up some times with the activity director. I’m considering trying to start up a photo club in the park as well. I will make an announcement next Monday at the weekly gathering.

We went to airport last night to pick up Aileen’s old school chum, Bev who flew in from . She will be visiting for three weeks and we plan to go to some new areas such as Sedona, and more. She is the first guest in our travel trailer/guest cabin. The temperature is supposed to get back down to the low to mid 80sF for highs starting tomorrow. It was over 100F the day before yesterday and in the 90sF yesterday. Today is looking like the same.

Posted by John and Aileen on the road at 1:10 PM