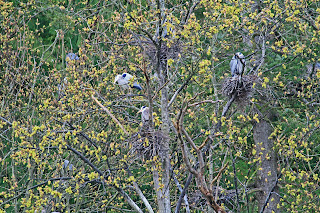 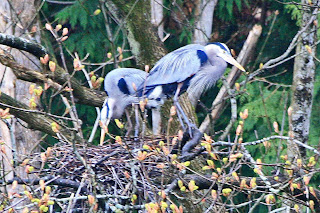 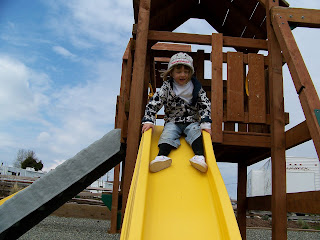 Georgia on the slide 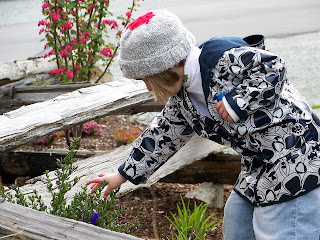 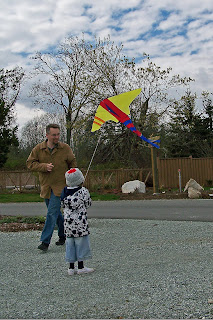 Georgia flying the kite -------------------------------------------------------------------------------------------------------------------------------------------------------------------------------------------------------
We left Chas’ and Sheila’s at 7:22 on Wednesday and drove to Oceanside RV Park with only a ten minute break along the way arriving about 10:10. I’m sure we had to stop for at least 75% of all the stoplights along the whole distance. This is very counterproductive to getting good fuel economy and one of my pet peeves. If the traffic engineers (government) were really concerned with trying to reduce fuel usage, they could at least time the lights so that if you drive the speed limit, once you were stopped for a light, you’d have a chance at some green lights further along. Anyone with an RV or other large vehicle uses loads of fuel to get back up to speed, especially on a hill! Enough ranting!
We quickly set up the trailer then zipped into Victoria for our arranged meeting with Aileen’s friend Bev at 11. We actually made it with 4 minutes to spare. We went to the Penny Farthing Pub in downtown Oak Bay for a long leisurely lunch. Later we drove out to Cattle Point Park where the ladies sat in the truck for a good long visit while Mitzy and I wandered around the various trails.
We spent the evening on our own at Oceanside and are quite impressed with it as far as RV parks go. We walked all the streets looking at the various RVs people are living in full time. About 75% of the sites are occupied on a full time basis by both retirees and working people. We also walked down to the beach which is quite accessible from the park.
On Thursday Aileen and I went in to Sidney and poked around, me in a bookstore while Aileen went up the street. On the way back we stopped at Cy Hampson Park for Mitzy to have some time off leash. After lunch Robin dropped Richard off and we visited til time to pick up Georgia from school. We then went to their house for a barbeque supper and visiting til G’s bathtime.
Yesterday, Friday, Robin brought R&G out mid morning. We took G to the beach for the rest of the morning then had barbequed hamburgers and wieners for lunch. After lunch Aileen (and sometimes me) spent most of the time remaining at the playground with Georgia. We also flew a kite and had an Easter egg hunt. Richard put much of his time into marking papers on his computer.
We met Robin in Victoria for supper at Romano’s Macaroni Grill. We said our goodbye’s early as Georgia was pooped and needed an early bath and bed, as did Aileen and myself. I think it was lights out before 8:30!
This morning (Saturday) we were up just before 7 and on the road for the ferry at 7:51. The 9 AM ferry was less than half full and on time. We stopped at the end of the causeway after disembarking, to give Mitzy a quick pee break as we usually do. I noticed some Great Blue Herons in quantity so had to dig out the camera. There must have been close to 200 herons nesting. I counted 30 in one tree and there were 6-8 or more trees involved. Quite amazing that close to the highway (maybe 400 feet) and probably 99.9% of the people passing by had no idea they were there. Hopefully the First Nations people will continue to provide protection to these magnificent birds. We stopped at a rest area along the freeway for lunch. We were happy to see that the four lanes have now been completed so there is no single lane from the ferry all the way to Langley. Aileen is having a long nap this afternoon and tonight we’ll visit my aunt June and Eric after supper.
Tomorrow we should make it back to Salmon Arm for the first time since late September.