Made it to Florence, AZ 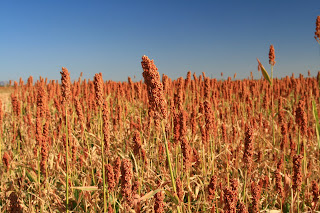 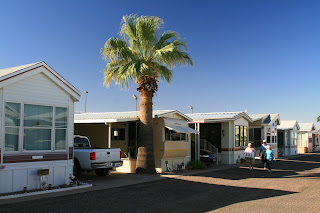 Wendy & Randy's trailer and palm tree from our site. 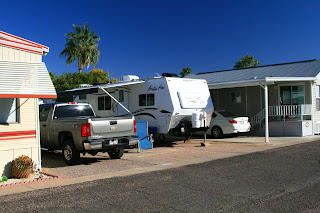 Our site taken from Wendy & Randy's. 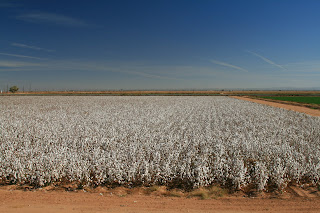 A field of cotton ready for harvest. 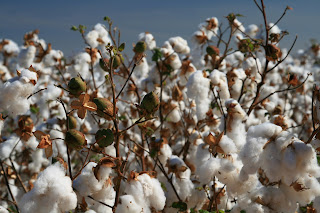 Cotton balls bursting.
We arrived in Florence and found our way to Wendy & Randy’s before lunch. Randy had just ridden his bike out to the gate and saw us drive by so when I pulled over to try and decide which driveway to use and phoned him, he was able to say that he was looking at me. We parked in the clubhouse lot for the afternoon then were able to rent a vacant lot across and one up from them. It’s $90 per week utilities included. We went to the pool and hot tub last night and tonight. Today we went to a huge flea market south of Coolidge which was great for people watching. There was a huge crowd and we managed to leave with nothing other than the few pictures I snapped.
When we were driving here yesterday, I managed to find wide spot to park and take some pictures of cotton ready for harvest. Today Randy was able to drive in a side road to allow me some shots of millet which is also ready for harvest. We stopped at an old style restaurant in Coolidge called Tab’s and had a delicious breakfast for lunch. Following that we went to Safeway to restock the cupboards which were getting bare. Prices and selection in most of the small towns are not great. As soon as the groceries were put away, we went to the small clubhouse to listen to the regular Sunday music jam. Some of it wasn’t all that good but others definitely were. We four actually danced quite a few, joined a couple times by an old couple and later one old girl joined Aileen and I when the group did a rock and roll song.
Nov 24
We four took a drive into Mesa/Greater Phoenix after lunch and were unable to get the air card to work there either. The ball is definitely going to be in Telus’ court as either they have no service or the card is defective. We’ll be going to the pool and hot tub in a few minutes. This is a fun time of day; the pool is warm and the hot tub delightful. The weather is going downhill on us though. The next five days are possible showers or thunder showers. Temperatures will be dropping down into the 60’s for highs. Oh, poor me!

Posted by John and Aileen on the road at 4:56 PM